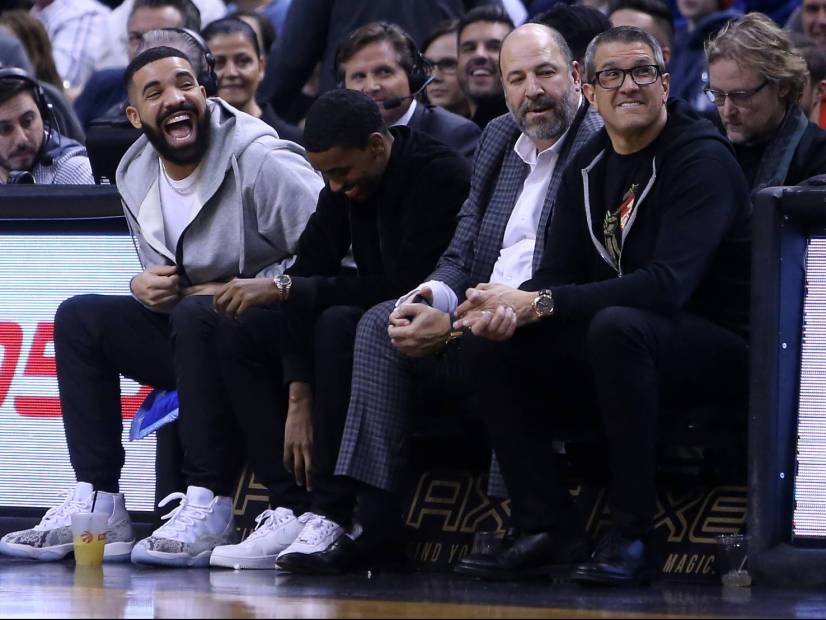 Toronto, ON – The proverbial “Drake curse,” which is apparently activated after Drake pledges his allegiance to a sports team, has become a thing in collegiate and professional athletics — and Mr. Graham himself knows this.

Naturally, as a Toronto native, Drizzy was front and center to witness the Raptors defeat the Orlando Magic 115-96 at home in Game 5 of the NBA Playoffs at the Scotiabank Arena on Tuesday (April 23).

Raptors players Kyle Lowry, Kawhi Leonard and Pascal Siakam assisted in leading the team to a huge early lead, translating into a playoff win when normally his support translates into a loss.

The triumph was met with the globally known superstar making light of his alleged whimsical jinx.

“You want me to talk about the curse or you guys good?” Drizzy reportedly asked the media as he made his way out the arena.

Drake to the media on his way out of the building. "You want me to talk about the curse or you guys good?"

Tales of the “Drake curse” began with his unwavering support of the University of Alabama, who subsequently lost against Clemson University ahead of the 2019 National Championship football game. The Degrassi star also gets the blame for Serena Williams 2015 glaring defeat against Roberta Vinci in the U.S. Open semifinals.

It’s become such an anomaly that Italian soccer team Roma banned their footballers from snapping pictures with the OVO star.