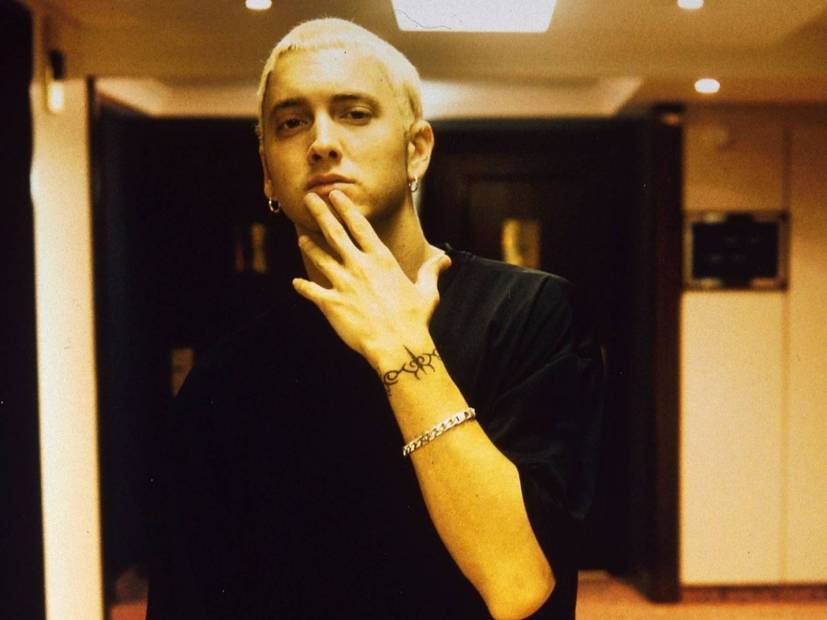 May 23, 2000 – Not too many MCs have made as massive of an impact on Hip Hop and pop culture as Eminem. Love him or hate him, Em’s album sales don’t lie — he sold more units than any other artist just last year.

On May 23, 2000, the Detroit-bred rap titan released his third studio album, The Marshall Mathers LP. It served as the follow-up to The Slim Shady LP, which had won a Grammy Award in the Best Rap Album category the year prior.

Produced by Dr. Dre, the 18-track project was created in a two-month “creative binge” and often included 20-hour studio sessions. In an old interview with VH1, Dre explained, “We don’t wake up at two in the morning, call each other, and say, ‘I have an idea. We gotta get to the studio.’ We just wait and see what happens when we get there.”

The result was a Billboard 200 chart-topping album that cemented Slim Shady’s international rap star status. It sold roughly 1.76 million copies in its first week, making it the fastest-selling rap album in history.

The MMLP would go on to be certified diamond by the RIAA, meaning it has sold over 10 million copies since its release.

It would also spawn a new word that is now included in both the Oxford Dictionary and Merriam-Webster thanks to “Stan” featuring singer Dido.

The song finds Em wrestling with his newfound celebrity status through the eyes of an obsessed fan named Stan. The powerful video has racked up over 241 million YouTube views over the years.

Other highlights included “The Way I Am,” which was actually a last minute addition to the album. Feeling pressure from Interscope Records to make another “My Name Is,” he pumped out “The Way I Am” in an attempt to shut them up.

He also penned “The Real Slim Shady” toward the end of the sessions. Both tracks ended up being singles with the latter winning a Grammy Award for Best Rap Solo Performance in 2001.

“[He’s] a rap singer who advocates murder and rape,” she said. “He talks about murdering and raping his mother. He talks about choking women slowly so he can hear their screams for a long time. He talks about using O.J.’s machete on women, and this is a man who is honored by the recording industry.”

Ontario Attorney General Jim Flaherty also tried to have Em stopped at the Canadian border. “I personally don’t want anyone coming to Canada who will come here and advocate violence against women,” Flaherty said in a 2000 interview with The Globe and Mail newspaper.

Despite the pushback – even from peers such as pop singer Christina Aguilera who he dissed on “The Real Slim Shady” —  the album still took home the gilded trophy for Best Rap Album.

Revisit The Marshall Mathers LP in its entirety below.