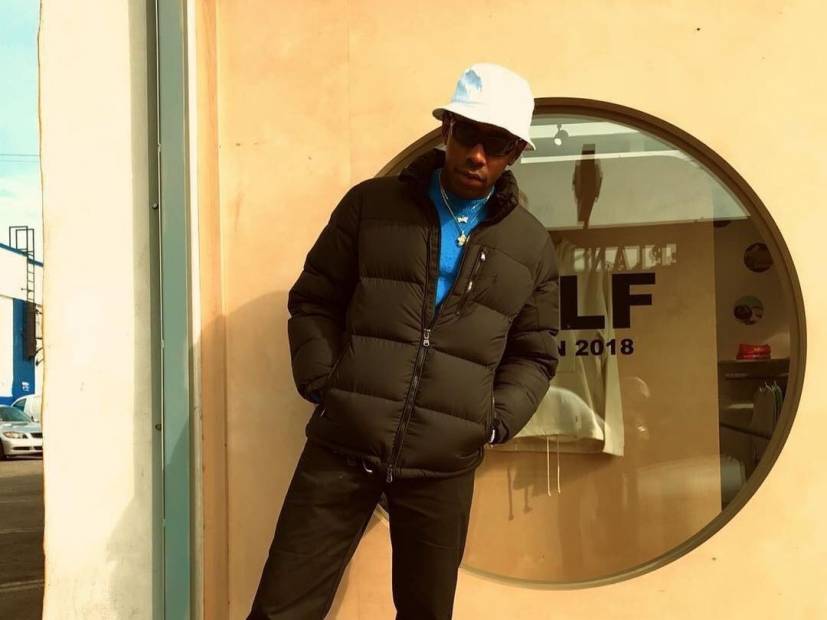 Tyler The Creator has dropped his fifth studio album, Igor. The LP is his follow-up to last year’s Music Inspired by Illumination & Dr. Seuss’ The Grinch EP.

Check out Tyler’s Igor stream, cover art and tracklist below.

[This post has been updated. The following was originally published by Brian Hampton on May 6, 2019.]

The mystery behind Tyler The Creator’s recent videos has been solved. The Odd Future founder has announced a new album titled Igor.

Tyler unveiled the project’s name and May 17 release date via Instagram. The image in the post says all songs are written, produced and arranged by him.

“_ _ _ _ _ _ _ _” displays 18 video headshots of Tyler with a hair pick in his blonde afro. One of the Tyler heads eventually look into the camera before the teaser fades to black. The clip ends when the song starts, closing with the lyrics. “He’s coming.”

“__________ “ was filmed on a television set with the Odd Future co-founder dancing and shadowboxing. Fans commented their excitement for the possibility of new music from Tyler on his Instagram. Fellow artists, such as, A$AP Rocky, Pusha T, Solange, and more displayed elation as well.

His last album Flower Boy was released in 2017. The album spawned a 2018 Grammy nomination for Best Rap Album and a 4.5 out of 5 rating via HipHopDX.