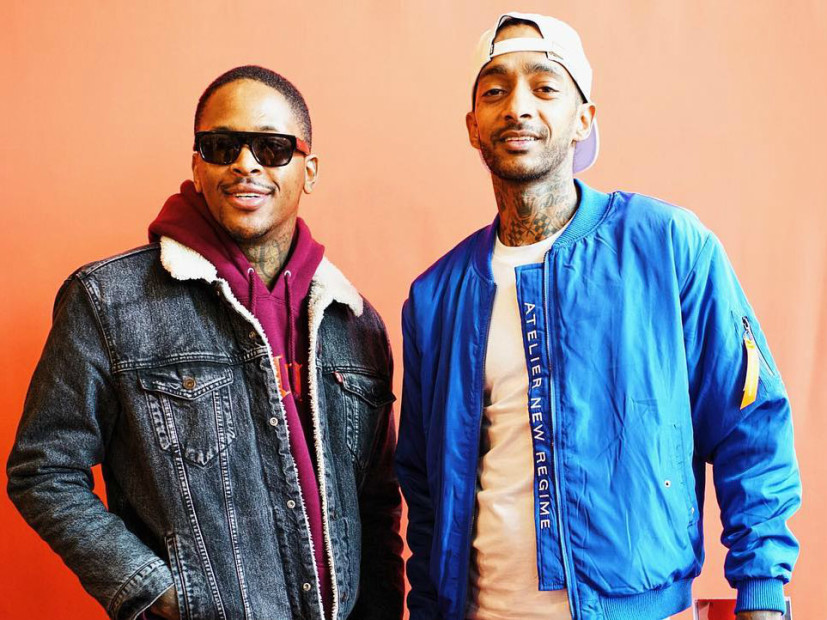 YG dropped his “Stop Snitchin” video, in which he plays a runaway slave, on Wednesday (April 24) and received high praise for the cinematic release. However, it appears the Nipsey Hussle tribute he organized behind the scenes may actually be the most remarkable moment to come from the video.

In the midst of shooting the visual that personifies slavery and the insidious nature of snitching, the STAY DANGEROUS creator took a moment to honor his fallen friend with a salute to Nipsey.

YG shared a picture of his tribute via Instagram. He wrote, “Big bro, them 33 crip balloons for yo 33 years.”

After initially pushing back the release of his album following Nipsey’s death, YG recently announced his 4REAL 4REAL LP would drop on May 3.

Check out his “Stop Snitchin” video below.