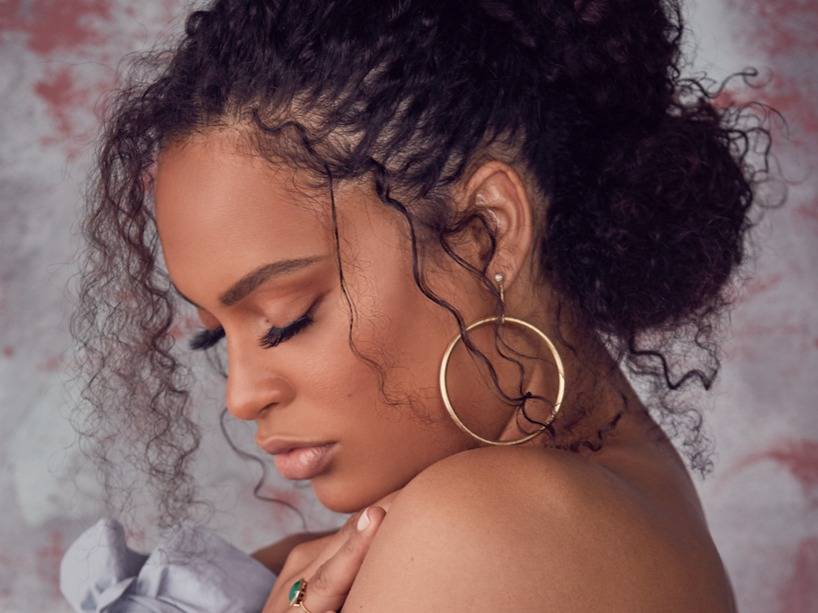 Nicole Bus caught everybody’s attention with her breakout single, “You.” The Needlz-produced track blends R&B decades, with quoted lyrics from The Charmels’ “As Long As I’ve Got You,” a sample from Wu-Tang Clan’s classic “C.R.E.A.M.” and Bus’ quick vocal shifts between syrupy-sweet bars and powerful raspy belts. “You” initially dominated radio waves, but has since racked up over a million Spotify streams and was given new buzz with remixes by Rick Ross and Ghostface Killah. The Dutch-born and recent Roc Nation signee is currently gearing up to perform at Summer Jam and Femme It Forward and is preparing to release her next Neo Soul-inspired album before summer. Here, she talks about her upcoming project, artistic influences and transitioning into the US music industry.

Your “You” remix with Ghostface Killah just came out and it sounds so natural with the “C.R.E.A.M” sample. How did that collaboration come about?

I think he was literally drawn to it because of that and after I heard it I was like, this is actually perfect. This is what the track needs and [it’s] also an acknowledgment of them. First of all, it was a big surprise for me. Rick Ross reached out first and then Ghost–without reaching out, he just dropped the remix–and I was like, wow, for them to reach out to me, it’s a huge honor.

[Laughing] Well you know, last week we did this amazing remix with Rick Ross, today it’s the remix with Ghost, and I think I am ready to release some new music. I believe that it’s definitely time to move on to the next song to get people ready for the album ‘cause it’s done, it’s ready.

Are you planning on releasing a few singles to tease the album before it drops?

Yes, there will be a second single and we are working very hard right now on the artwork and the video, just to surprise all the listeners and the supporters from day one with a new song. And then I believe we are putting our best effort in to, shortly after that, release the whole project.

Do you have a release date for the album?

We don’t have a release date yet, but I believe that everyone’s intention is to do it before summer because it’s a lovely project to play in the summertime, so that will be amazing. So hopefully we’ll make it!

And you also have Summer Jam and the Femme It Forward performances to look forward to this summer. How are you feeling about those?

I’m feeling really blessed about that. It was a surprise. I did not expect it at all because I’m just making an entrance into the United States, so for me to get invitations to play on such great platforms with such legendary artists makes me very humble and hopeful and like—ok, I really, really gotta work hard to make sure that everyone that’s there enjoys the music.

“You” has such a stunning visual. What were your thoughts when creating that concept?

Thank you so much. I remember when I was thinking about the concept for the clip I wanted a few things to be central. I wanted to have diversity, I wanted to have a picture of Black love, I wanted to have this vintage feel—so everything is shot on vintage cameras—and I wanted it to be an art piece, as well. With all those pieces the director Daniel Iglesias made this beautiful concept and used all of my ideas and was like, ‘Why don’t we do this? Or this?’ And when he came up with the TV idea I was like, dang that’s so cool! It grabs your attention. I mean the concept and the technique, it’s just like, how did they pull this off!?

Will your upcoming album hone in on that classic R&B sound that’s in “You”? What can fans expect?

The album is definitely complimentary to the ‘90s era to the 2000’s and what I’m very proud of is we did it in a very tasteful way. So it sounds really new, but all the people who are from that era will recognize how we are actually complimenting everyone who came before us and inspired us the way they did. That makes me happy every time I’m listening to the project. I’m like, ‘Yes! This is beautiful!’ We have all the kinds of influences, but it’s still one and it’s still relevant today.

You also were recently signed to Roc Nation, what has that been like?

It’s been a beautiful experience. I tell everyone with a lot of pride that five years ago it was the dream. I had this conversation with a producer that I had a partnership with while making music. I told him, ‘Yeah, I will be signed by Roc Nation,’ and four years later A&R reached out from Roc Nation. So, that was something that wasn’t in my hands and wasn’t for me to decide, but it’s beautiful when you dream about something or you try to work towards a goal and it happens. I feel really, really blessed.

Growing up in a Holland village, what American artists were you influenced by?

I used to listen a lot to Destiny’s Child growing up. A lot of Ron Kenoly and, of course, Alicia Keys—I can never forget that name. Especially when the Neo Soul movement was going on, I listened to a lot of Erykah Badu, Macy Gray [and] D’Angelo. I was in the middle of high school when that movement came about.

You initially gained a following as a quarter-finalist on Holland’s edition of The Voice in 2013. How did you get started singing?

I started singing in church. I was brought up there and I remember that my Sunday teacher forced everyone to sing along [laughs]. That’s actually what we did and it was a joy for me to be busy with music. So it started definitely in church.

How has the transition into the American music industry been for you?

Well, it’s a totally different industry, but it has one thing in common: it’s still a people’s industry. And I think that’s the best thing that I took from my home country, that it’s about people and it’s about relationships and I think that’s a beautiful thing because music only amplifies that. I love it, I think it’s nice to be here and work with people that are straightforward and who have the same vision and purpose as you. That’s one of the greatest things that could happen to any artist.

I would like to say thank you to everyone that’s been supporting! People are really downloading [my music] and that was actually a big surprise to me because I know that we live in this streaming era. I’m from the CD era [laughs] so when I was younger we’d run to the store to get a CD and now everyone is streaming. But a lot of people are downloading the music and I think that’s one of the biggest compliments for this time. I want to say thank you for all those that are supporting me, because I’m not from this country, so it really makes me happy. I love you guys and I can’t wait to perform!