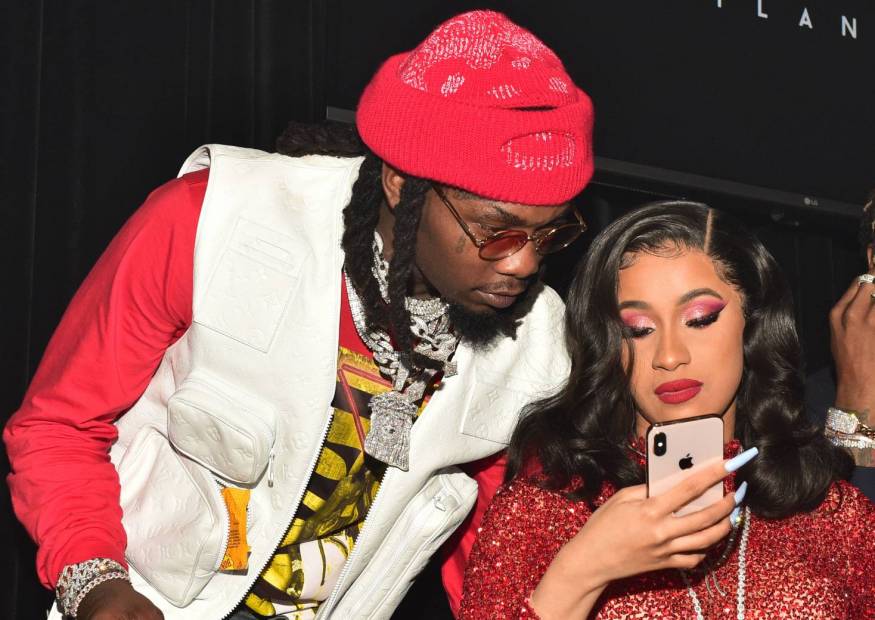 Man Admits To Lying About Cardi B Robbery

After Cardi B’s antecedent video of her speaking on past unethical behaviors resurfaced the web – in which she later posted a remorseful response via Instagram – a man came forward accusing Cardi of stealing his money, Louis Vuitton belt, and iPad.

Too bad it was a clout-chasing lie.

A Facebook post went viral Wednesday (March 27) of one man’s alleged recollection of being robbed by the Grammy-Award-Winning rapper, Cardi B, five years ago. The fabricated post on The Shade Borough’s Facebook page was posted by a man name Ak Ore Akim, who was later found out to not be the original author of the hoax, but allegedly a man named Kevin Smith.

In the reposted antic, Akim writes, “Last thing I remembered was she was twerking on me, music blasting and that was it. The next morning, I saw a used condom on the floor and then I noticed all the cash I had, which was about $850, my Louis Vuitton belt and my iPod touch was missing.”

“I tried calling her several times but I soon realized she gave me a Google voice number,” he continues. “I know she did it but I couldn’t prove it so I never went to file charges mainly because I did not want my fiancee at the time to know what had happened so I took my ‘L.’” The made-up fantasy came to a rightful end with Akim replying to a woman asking about the authenticity of his story, “Nah it was a joke,” Akim wrote in regards to being allegedley robbed by the “Money” rapstress. “I aint no sucka… ”

Once the resurfacing of the misleading story made its way back to the original author, Kevin Smith, he and his affiliates too added to the synopsis that the story was indeed fake. “Jesus Christ. My little brother Kevin did not get drugged by Cardi B while he was in NY 5yrs ago.”

He continued, “That’s a fake article. Check the fucking website. Ya’ll are gullible as fuck.”

In the 2016 Instagram Live video, Cardi explained why she deserved her spot at that time in her music career, followed by a rhapsody of how she survived as a stripper.

“Niggas must’ve forgot, my nigga, the shit that I did to muthafuckin’ survive,” she said. “I had to go strip. I had to go, ‘Oh yeah, you wanna fuck me? Yeah yeah yeah, let’s go back to this hotel.’ And I drugged niggas up and I robbed them. That’s what I used to do. Nothing was muthafuckin’ handed to me, my nigga. Nothing!”

CardiB says she used to what? 👀 pic.twitter.com/NJWigTlb9Z

On Tuesday (March 26), Cardi B took to Instagram once again to rebuttal her original views on her survival days as a stripper. “I never glorified the things I brought up in that live. I never even put those things in my music because I’m not proud of it and feel a responsibility not to glorify it,” she goes on. “The men I spoke about in my live were men that I dated that I was [involved] with, men that were conscious willing and aware. I have a past that I can’t change we all do.”

In unsurprising news, Offset also stood by his wife amidst the controversy, writing on Instagram, “”RIDE OR DIE FOREVER LOVE YOU NO MATTER WHATS GOING ON I LOVE YOU. BEST MOTHER AND HUSTLER I KNOW.”