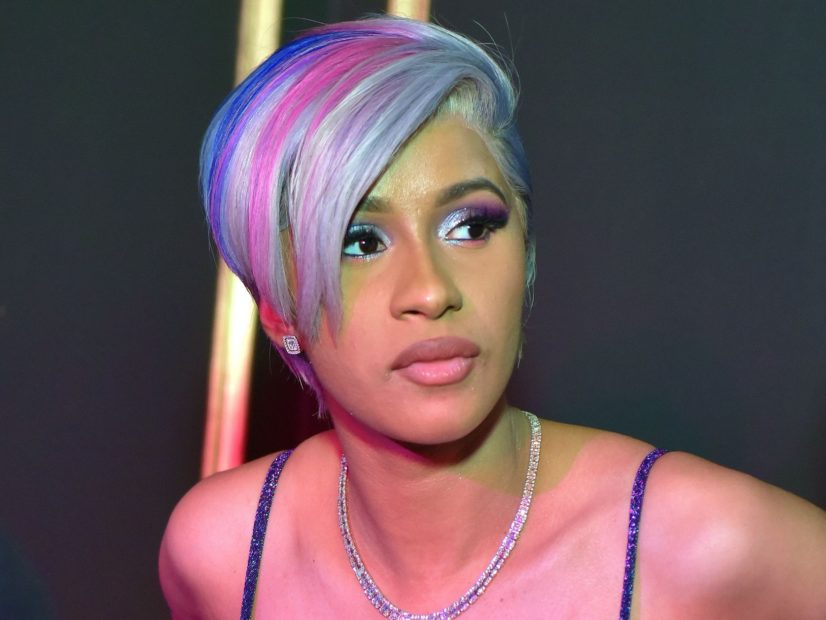 Twitter – Cardi B is facing criticism on social media after admitting to some scandalous behavior in her past.

While streaming on Instagram Live, the Grammy Award-winner voiced her frustrations with people who claim she doesn’t deserve her success. Cardi then attempted to prove she paid her dues but ended up giving critics more ammunition by admitting she drugged and robbed men for money.

“Niggas must’ve forgot, my nigga, the shit that I did to muthafuckin’ survive,” she said. “I had to go strip. I had to go, ‘Oh yeah, you wanna fuck me? Yeah yeah yeah, let’s go back to this hotel.’ And I drugged niggas up and I robbed them. That’s what I used to do. Nothing was muthafuckin’ handed to me, my nigga. Nothing!”

Cardi B is a EVIL WOMAN AND IS A DISGRACE TO HUMANITY,HOW DARE YOU RAPE ANYONE THEN CRY FOR SYMPATHY #SurvivingCardiB pic.twitter.com/xzL8lMF5vV

Cardi’s admission has since sparked a #SurvivingCardiB hashtag on Twitter, playing off the fervor of Lifetime’s Surviving R. Kelly documentary. Some Twitter users are calling for her to be “canceled” like disgraced celebrities such as Kelly and Bill Cosby.

Check out some of the reactions to Cardi’s comments below.

Cardi B used to drug and rob men, after meeting them under the guise of sexual intercourse taking place. HOLD THIS BITCH ACCOUNTABLE 🗣

I don’t think Cardi B ACTUALLY raped men. Correct me if I’m wrong, but it sounds like she was luring them with the promise of sex and instead of sleeping with them, she would drug them and wrong them. That’s fucked up but doesn’t make her a rapist

Cardi B admitted to drugging, raping and robbing men but people are defending her either because she's a woman, they're using childhood trauma as an excuse, they're a stan or they think it's an attempt to "defame" her. Bitch please, she told herself. ARREST HER. #SurvivingCardiB

Cardi b admitted to using sex to drug & rob men on IG live.
Y'all gonna let her get away with that tho 🤷

Bill Cosby did the same shit and got sent to jail . Cardi B gets SUPPORT FOR IT ???? #SurvivingCardiB

Just like y’all have a surviving R Kelly y’all need a Surviving Cardi B!

So Cardi B used to pretend she wanted to fuck men so she could drug them and then rob them, what a gross terrible person lol

do cardi b fans really think cardi can just get away w admitting to using sex to drug and steal from men like just imagine if a male rapper would have admitted to that y’all be going crazy cancelling him and wanting to throw him in jail….