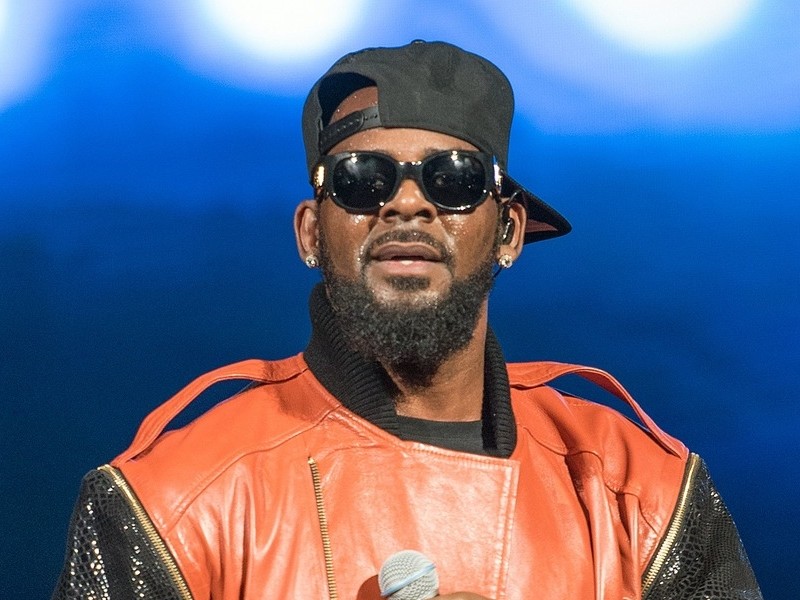 The #SurvivingRKelly hashtag was in heavy rotation on Thursday night (January 3) after Lifetime aired the first two episodes of the six-part Surviving R. Kelly docu-series. The show dissects the multiple sexual assault allegations the R&B star has faced over the years and features several interviews with his alleged victims.

The majority of Twitter users who weighed in on the show were seemingly outraged by Kelly’s alleged behavior. In fact, the #MuteRKelly hashtag was resurrected, calling for any fans of Kelly to stop listening to his music, buying his albums and supporting his concerts.

Reactions to the series range from pure disgust and anger to disbelief and relief the truth was finally being told. Others opted to use their senses of humor to make their points.

Several tweets also alleged those in Aaliyah’s inner circle didn’t do enough to protect her. While Kelly is often credited with the late singer’s success, they were also rumored to be in an inappropriate sexual relationship.

One of the women featured in the show, Jovante Cunningham, claims to have seen them having sex when Aaliyah was just 15. However, Aaliyah’s mother issued a statement on Wednesday (January 2) chastising Cunningham, referring to her as a “liar.”

Singer John Legend, who appears in the documentary, stood behind his decision to speak out.

“To everyone telling me how courageous I am for appearing in the doc, it didn’t feel risky at all,” he tweeted on Thursday night. “I believe these women and don’t give a fuck about protecting a serial child rapist. Easy decision.”

To everyone telling me how courageous I am for appearing in the doc, it didn't feel risky at all. I believe these women and don't give a fuck about protecting a serial child rapist. Easy decision.

Over the past year, Kelly has been accused of running a sex cult, something he emphatically denies. On Thursday (January 3), Kelly’s attorney, Brian Nix, reportedly issued a legal letter threatening to sue if the series aired, but evidently that threat was ineffective.

Check out the reactions to Surviving R. Kelly below.

The single most damning moment in interview history. How they didn’t lock this guy up as soon as he said this… #SurvivingRKelly pic.twitter.com/Hfnc6Dzue9

How the hell aren’t the police at R. Kelly house RN #SurvivingRKelly pic.twitter.com/8YjBOxVzUE

If you look back at the reporting during the R Kelly-Aaliyah marriage, it was a massive failure. Zero understanding of sexual abuse. Nobody treated this seriously. It was a collective shrug #SurvivingRKelly

im still stuck on the fact that his security guard forged aaliah’s age so they could get married when HE KNEW it was wrong. he can go to jail too #SurvivingRKelly pic.twitter.com/RNCHFnZXci

This series is just making my stomach turn. Like I feel dirty. #SurvivingRKelly pic.twitter.com/hHJvnVwx4N

This shit is CRAZY and DISGUSTING and DISGRACEFUL and ALLLLLL these adults/managers/bodyguards/backup dancers/ even the F*ING bus driver knew and didn’t say shit….NO??BODY?? #SurvivingRKelly pic.twitter.com/EDlTUfJvEp

⬇️⬇️⬇️⬇️ Every time you hear YOU ARE NOT ALONE & know the story behind #SurvivingRKelly pic.twitter.com/SGjFl57DSG

I hope everybody keeps this energy for R Kelly & ALL PREDATORS LIKE HIM. That means sexual predators on your block, neighborhood & city. Start there….or in your own families. Most of y'all cowards tho so Twitter outrage is all you have to offer. #SurvivingRKelly

Serial abusers like R. Kelly have a whole network of protectors and enablers who bear witness and choose to ignore what's happening. Houses, runners, rules.

No more. We can't turn away. #SurvivingRKelly

R Kelly had multiple bedrooms *in* the music studio. He was sexually abuse young girls in between song takes.

But y'all want to "separate the art from the artist." #SurvivingRKelly

Them: Age ain’t nothin but a number
Me: Jail ain’t nothing but a room
#SurvivingRKelly pic.twitter.com/Ui5zlrUJEg

GUYS. HOW are we gonna get through FOUR MORE HOURS of #SurvivingRKelly.

Who's starting the prayer circle? pic.twitter.com/qbrBEQaONi

this was only part one.. and I’m literally about to throw tf up. #SurvivingRKelly pic.twitter.com/rA0JSsyzSX

Sexual predators spend all of their time keeping their victims captive. Being abused is not about not being smart. You can be the smartest 13 year old alive and these grown monsters will still find a way to prey on you. #SurvivingRKelly

R. Kelly is a rapist. After tonight I hope everybody (who doesn't already) calls him what he is. #SurvivingRKelly