Jhené Aiko Debuts Massive Half Dragon, Half Phoenix Back Tattoo 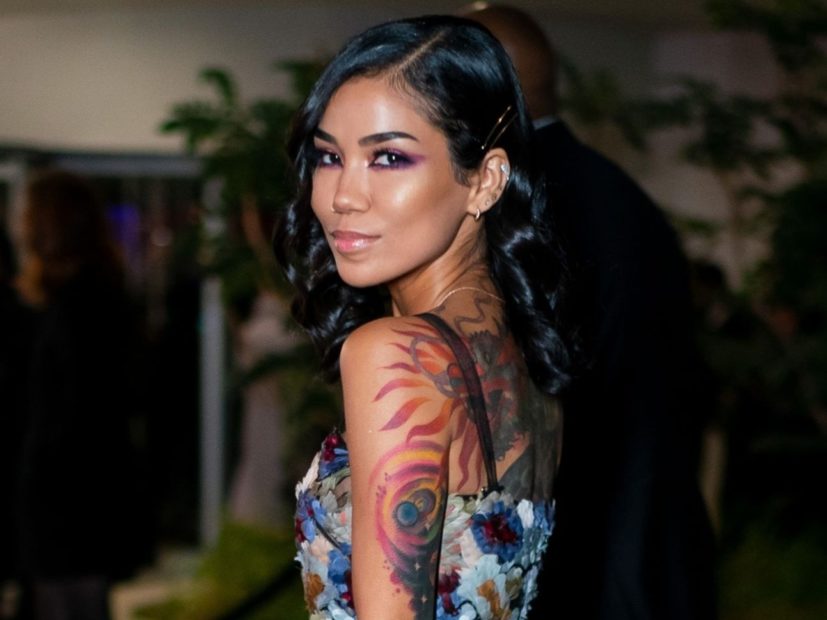 Jhené Aiko showed off some serious ink this week. As part of her Basic Magazine digital cover shoot, the sultry singer shared a few photos of her back, revealing a massive tattoo she calls “Chilombo” (which also happens to be her last name).

“Her name is Chilombo,” she captioned one of the photos. “Half dragon, half phoenix … and she’s a fucking beast.”

her name is Chilombo… half dragon, half phoenix… and she's a fucking beast…

Aiko has several tattoos all over her petite frame. Prior to her breakup with Big Sean, she had a portrait of his face covered up, sparking rumors there was trouble in paradise. However, she insisted it was all love at the time.

“i covered ALL my tats w/ a big ass Dragon w/ a Phoenix wing breathing life and light into a new galaxy,” she tweeted last year. “NEW ART! NO BEEF! ALL LOVE!”

As their relationship seemingly came to an end, she sent a not-so-subliminal message to her ex with another Instagram post shortly after he was spotted with ex Ariana Grande. Showing off the Sean Don tattoo cover up job, she wrote “Bye” in the caption, which appeared to be her official Big Sean send-off.

Check out part of her Basic Magazine cover shoot below.