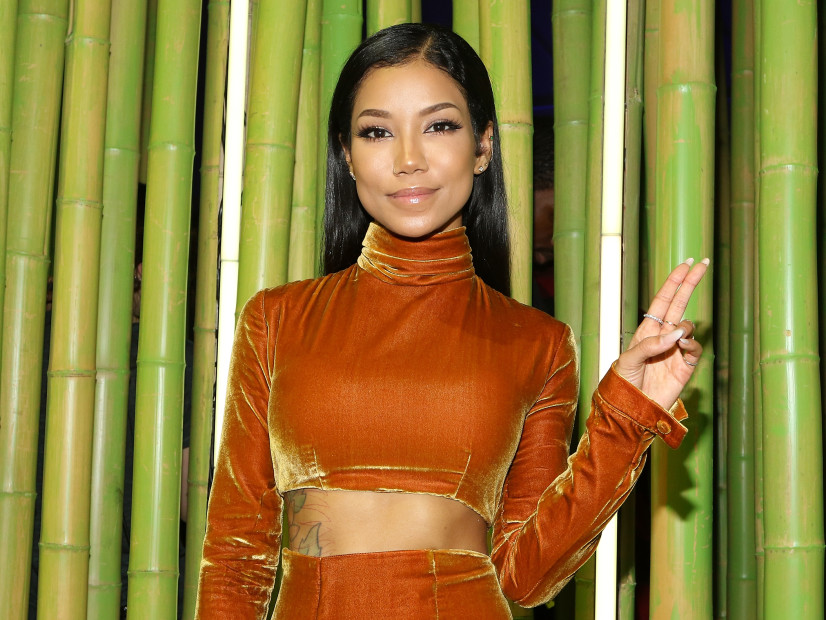 Instagram – Nearly a week after Big Sean was spotted with former flame Ariana Grande at a Los Angeles recording studio, Jhené Aiko has seemingly put the period on her relationship with the Grammy-nominated rapper.

On Monday (March 4), Aiko posted an Instagram photo of herself sitting on a bed in lingerie with a sultry look on her face. She’s also showing off the cover-up job on her former Big Sean tattoo that once graced her arm.

“Bye,” she wrote in the caption, which is presumably her official Big Sean send-off.

Rumors of the couple’s split started to make the rounds last November when the Sean Don tattoo was noticeably covered up. Aiko addressed the mystery on Twitter but didn’t exactly confirm their relationship was on or off.

“i covered ALL my tats w/ a big ass Dragon w/ a Phoenix wing breathing life and light into a new galaxy. NEW ART! NO BEEF! ALL LOVE!”

According to US Weekly, Sean and Aiko broke up prior to his hangout session with Grande. A source close to the couple reportedly said they dissolved their relationship last December.

“I wouldn’t say it was amicable,” the source said. “But now they are civil towards each other.”