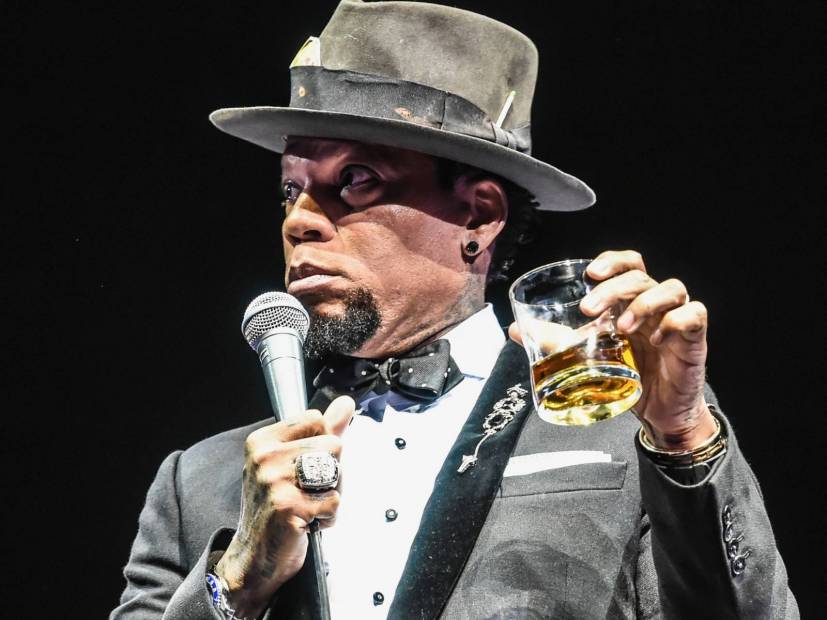 Los Angeles, CA – D.L. Hughley was at the Los Angeles International Airport on Tuesday (March 26) when he was asked about the Dr. Dre USC controversy. The Aftermath Entertainment CEO felt the heat after he bragged about his daughter Truly Young getting into the University of Southern California with “no jail time,” a jab at the recent college admissions cheating scandal.

After Dre was called out for making a $70 million donation to the school in 2013, he ultimately deleted his celebratory Instagram post. Hughley doesn’t see anything wrong with Dre’s donation.

“USC’s one of the finest schools in the land,” he told TMZ. “It’s nothing like the college cheating scandal. He didn’t pay anybody to take his daughter’s tests. He didn’t pay people to say she was on the team. She ain’t rowing. He gave $70 million. If you give $70 million, your kids’ kids should be able to go to that school. Anybody named Dr. Pepper should go there. Anyone that has doctor in their name.

“It’s not the same thing [as the cheating scandal]. My daughter got into USC. I told her to work hard, study hard. She got into Smith and USC. Who knew all I had to do was lie and bribe people? He should be proud .. that man made a lane for her. Gave $70 million and that school got a building named after her father. You better go there and be quiet and be grateful.”

“I’d be damned if I’m ashamed. He didn’t cheat. He’s a black man that came from Compton and worked his way up to give one of the finest institutions in the world $70 million. Her kids better get an education! Her kids’ kids!”

Dre made the donation along with record executive Jimmy Iovine to establish the USC Jimmy Iovine and Andre Young Academy for Arts, Technology and the Business of Innovation.