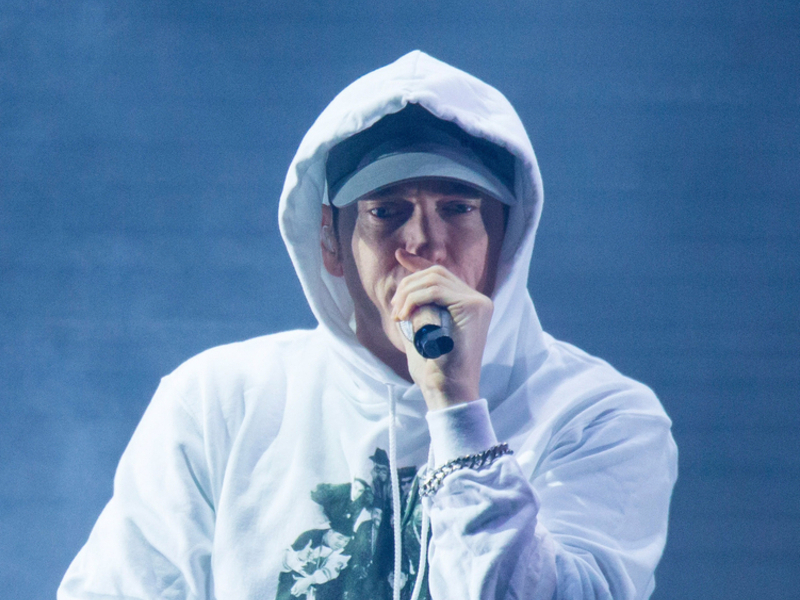 Eminem is reportedly dipping his toe into the wrestling business.

Slim Shady has agreed to a deal to contribute to the soundtrack for WWE’s upcoming WWE 2K20 video game, according to Fightful. He will also appear on an episode of the company’s weekly show SmackDown Live later this year.

The WWE 2K series is no stranger to Hip Hop. The WWE 2K17 soundtrack was curated by Diddy.

No timeframe for Eminem’s appearance on SmackDown Live has been revealed, but the rap superstar will presumably wait until the show moves to FOX in October. New entries in the WWE 2K series are typically released that same month, making it a fitting time for Eminem to appear and promote the video game.

Eminem has never made an appearance on WWE television before, despite a rumor about a potential collaboration surfacing in 2008.

However, his rival Machine Gun Kelly was once involved in a memorable moment on WWE RAW in 2015. During a July episode of the show, MGK got in a confrontation with wrestler Kevin Owens and was powerbombed off a stage.

Check out the clip of MGK on RAW below.

UPDATE: Dennis Dennehy, a spokesperson for Eminem, has denied any deal between Slim Shady and WWE in a statement to Pro Wrestling Sheet.

“There was a very brief, exploratory conversation that involved a third party and 2K Sports, not Eminem’s team,” he said. “It has not gone beyond preliminary discussions, and any reports to the contrary are false. Right now there are no plans to further pursue it.”

Fightful’s Sean Ross Sapp, who originally reported the deal, is standing by his story despite the denial. An updated version of the article insists the deal was closed on March 12. It also says “Eminem’s team and management weren’t happy about the news leaking on Tuesday afternoon.”

Eminem's team can deny it all they want, wait until the fall 🙂

If Em's team pulls or pulled the deal I'll feel bad for those who put it together, but yep – a deal was agreed upon today for all the things I mentioned, regardless of who's rep is saying what.