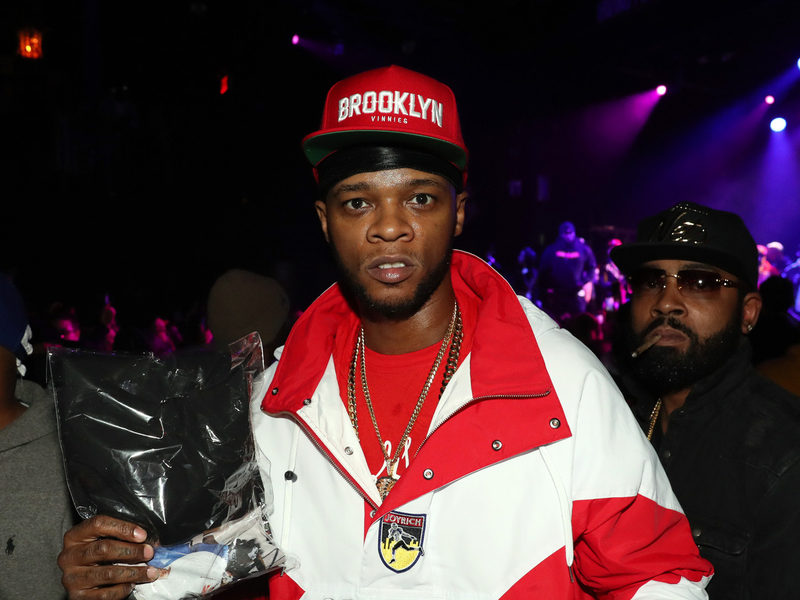 Papoose’s career is one that goes through crests and waves.

During the crests, he’s forced to sit back and watch his album get shelved and, subsequently, forced to be released independently (remember The Nacirema Dream?).

But, during said waves, he knows how to make a viral stir (such as in the case of the just-dropped “Fortune 500 Freestyle,” which — as of this writing — has been streamed tens of thousands of times, with the full version had been released on his 41st birthday, March 5th).

But the formidable MC born Shamele Mackie says that the crests and waves of music are to be expected, especially when you’ve been in the game for as long as he has, and it’s best to just ride it out and go where it takes you.

“The music needs to be a reflection of where you currently are,” he tells HipHopDX exclusively. “Sometimes, at different stages of your career, you get caught up in where you are. And that doesn’t need to be the case. You just gotta go with the flow and enjoy the ride.”

“Going with the flow” can perhaps come easier for Papoose now that his third album, Underrated, has dropped. The album, which showcases a much more mature side of the Hip Hop star, is getting much more attention than his previous releases thanks to his newfound high profile.

Between his marriage to fellow rapper Remy Ma (who knew that a rapper would be featured on a daytime talk show like The Real?), the birth of their daughter Golden, and an obligatory appearance on that basic-cable bastion of publicity called Love & Hip-Hop, Papoose is enjoying a sense of fame that he’d never experienced before.

That’s my Snookems!!!!!!!!!!!!! ?? #thegoldenchild Yes we been through a lot. But there’s a light at the end of the tunnel! #weblessed ?? @remyma is in deed strong! #blacklove #underrated #thegoldenchild Her name is Reminisce ??

But, he says, this sudden surge of fame — and appearance on the VH1 show that doesn’t, contrary to the advertisement, feature either much love or much Hip Hop — was accidental, and an accident that he’s happy to enjoy for whatever it’s worth.

“None of this was intentional, to be honest,” he said. “Part of it is that ourselves — our love — and our career is more visual and visible thanks to social media and television. But a bigger part of it is because we’re real. My love with my wife, and my daughter, is very mature. And now that they’re in my life, I realize that we need to make an extra effort to show our women in a more positive light. The beautiful thing is, as we’ve been inspired to show our love in a real way, we’ve helped others do the same.”

#TheGoldenChild loves when people talk to her. So when Uncle @FatJoe came by with his unique voice and charismatic way of telling all kinds of stories for 4 hours straight …she was in love. Stared at him the entire time? @UncleDan560TS – she heard you too?#RemyMa #OurDaughter #MeetTheMackies #BlackLove

So it seems that Pap has foregone the machismo and “pimp role” that first made him, well, underrated on the Hip Hop landscape. But, as the album of the same name proves, his flow is still as hot and hard as it was 15 years ago, even if he chooses to talk about “The Golden Child” over the taunts and threats of “Get At Me.” And though he’s been through his fair share of troubles — troubles which Pap charges to the game, and calls “the standard operating procedure of the music business” — he’s more than pulled through, and is poised to finally claim the crown he’s been gunning for over the past decade and a half.

“I’m only focused on three things right now: my wife, my daughter, and my business,” he said. “I don’t have the time to worry about anything else. And frankly, I don’t need to.”