COASTCITY: "Caribbean Soul" Is The Name, The Game & The Aim 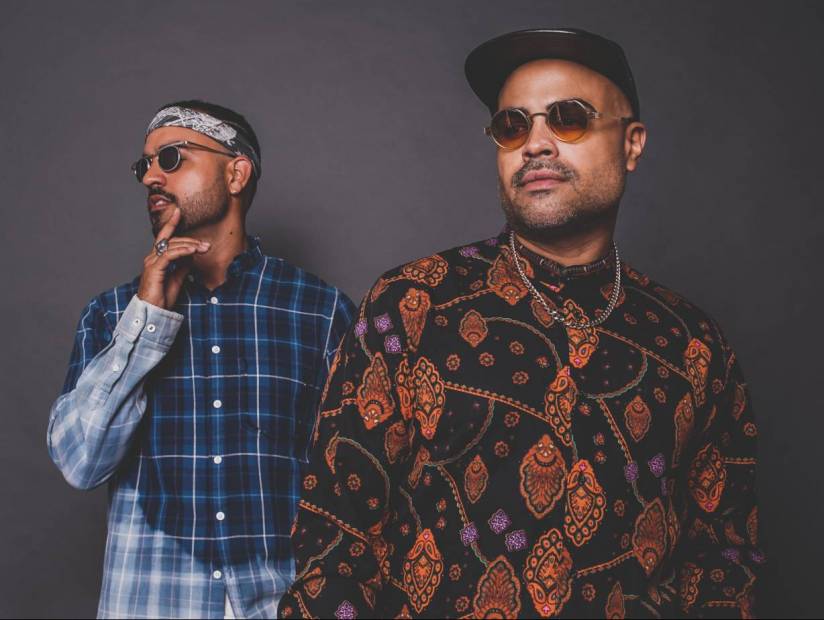 For the upstart Latin duo, traveling throughout the country and abroad for shows and work opportunities has become a routine part of life, and their stop in Los Angeles is just as hectic as you’d expect. When I arrive at Nature’s Brew near downtown to meet with them, their midday break is anything but, with producer Danny Flores’ head buried in his laptop as he tweaks the mix to their upcoming single.

“I’m literally bouncing tracks right now as we do this interview. I’m here though,” he says with a warm smile.

COASTCITY may be less than a year removed from the release of their self-titled debut EP, but they’re the furthest thing from being new to the music industry. Since beginning their careers over a decade ago, Danny Flores and Jean Rodriguez have worked with some of music’s biggest names such as CNCO and Beyonce, respectively, but it wasn’t until 2017 that they decided to formalize their musical connection and test the waters as a duo.

“Danny was out here in L.A., and I came to work on my solo album that was going to be titled COASTCITY,” Jean says. “I was already at that point, we had been doing so much together, I wanted to market the whole project as artist/producer.”

The two first met back in 2006, when Jean was preparing for a festival appearance in Orlando. Jean needed band members to support him on stage, and after a friend suggested Danny as a potential option, the singer convinced the producer to visit him in Miami so they could get a sense of each other’s on-stage chemistry.

“I thought he played merengue,” Jean says with a laugh as he recalled his first impression of his future teammate. “He had a shiny shirt and white shoes; I opened the door and was like ‘Woah, okay.’”

Still, Danny’s willingness to drive over three hours just for a preliminary meeting spoke volumes to Jean, and before long the two were plotting the first of many live shows. Over a decade later, their debut project shows the type of synchronization you’d expect from them by now, with Jean’s vocals perfectly complementing the sparkling, luxurious instrumentals by way of Danny. At seven songs, it’s only the beginning of what’s to come from the rising duo, but still did more than enough to earn them a GRAMMY Nomination for Best Latin Urban/Alternative/Rock Album.

Spend a few minutes talking to the two artists behind COASTCITY, and you’ll hear that buzzword ‘Caribbean Soul’ come up early and often. It’s a way to describe their unique brand of Latin R&B, involving vivid production choices and lush soundscapes treated with a breezy, organic groove. The relaxed, yet invigorating vibe especially fits with Jean’s personal energy, forming the basis of what he listens to in his free time as well as what he wants to create.

“I could be at the gym listening to straight R&B,” he says. “I’m just always on that chill mode.”

It applies to Danny as well, although he admits he’s more prone to flashes of anger. When his breakfast burrito arrives midway through our conversation, the frustration on his face is evident, and he’s quick to voice his displeasure at the burrito being “a little too sloppy.” Eventually, he reorders a plate of bacon and scrambled eggs which satisfy his appetite, even if he says the plate is a little too dirty for his liking.

Still, it’s that precise attention to detail that makes their self-titled EP such a quality product, with impeccable arrangements that allow each element in the mix to beautifully build off each other. Both Jean and Danny are heavily involved in the engineering process, taking the extra time to get the perfect pre-mix and sometimes handling the entirety of the process themselves.

When it comes to their song creation process, it’s equally interwoven; sometimes Jean will send over a loose melody for Danny to flesh out, or Danny will handle the majority of the beat making process and allow Jean to handle the lyrics. You’ll rarely hear Danny’s vocals on a track, but on their upcoming single “Salvaje” he steps to the mic to spit a verse, adding new dynamics to complement Jean’s singing.

“I’m coming out rapping a little bit, I think it’s the first time,” he says. “Other than that I’ll do a lot of background vocals. It just kind of happened that way, but it sounded dope, so we left it.”

Now that the duo has laid the foundation for the COASTCITY sound, they’re enjoying the freedom to truly dig into the writing process and do more with their lyrics. Their next album will be a much more personal collection than the first, a project which they say was much easier to write now that the template is fully in focus.

“That first album is a masterpiece that we’re very proud of, but we tried a lot of different things,” Jean says. “Now we know what works and what didn’t, in a sense, so it really paved the road for the next chapter.”