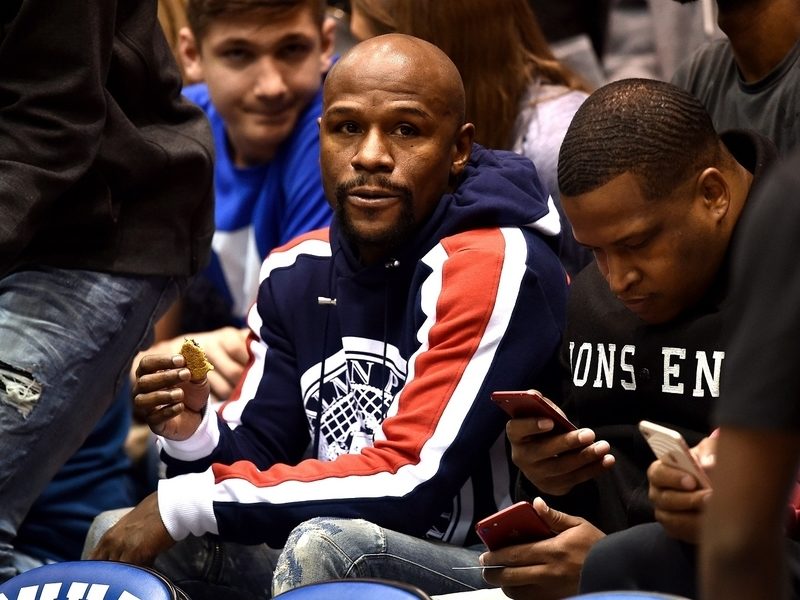 Floyd Mayweather gave a figurative middle finger to those condemning him for supporting Gucci. The undefeated boxer posted an Instagram photo of himself in Gucci gear from head-to-toe, trolling critics such as T.I. and 50 Cent.

Gucci became the target of a boycott after releasing a sweater that resembled blackface. Despite the backlash, Mayweather doubled down on supporting the luxury brand and faced his own batch of criticism as a result.

Last Thursday (February 14), Mayweather issued a statement that described the Gucci boycott as “fake advocacy.” He also framed the outrage as being hypocritical.

“In light of the most current boycott and digital outrage, I wanted to take the time to address a couple of issues that I myself have trouble wrapping my mind around,” he said. “For instance, why would we (as a people) agree to a temporary boycott of Gucci for merely 3 months if what was done caused so much strife?

“Why wouldn’t we agree to a permanent boycott of Gucci as well as all other merchandise that fall under the Kering ownership, such as YSL, Balenciaga, Alexander McQueen and more? I’ll tell you why… it’s because in this day, celebrities and failing artist pick and choose the hottest trending topic as a means of seeking attention and using fake advocacy as their platform when their “talent” no longer benefit them.”

He added, “The same celebrities stirring the pot over brands that they, without doubt, will continually buy, are the same artists that inject rap lyrics fueled with drugs, murder and sexual promiscuity into the very Black Communities you’re pretending to care so much about.”

These people are playing hopscotch. First, they're supposedly boycotting the NFL but as soon as the Super Bowl came around, they were either at the game, watching it on TV or throwing Super Bowl parties. Last week, it was R Kelly, this week it’s Gucci. People boycott for trend but turn around and still shop at H&M and watch the NFL.