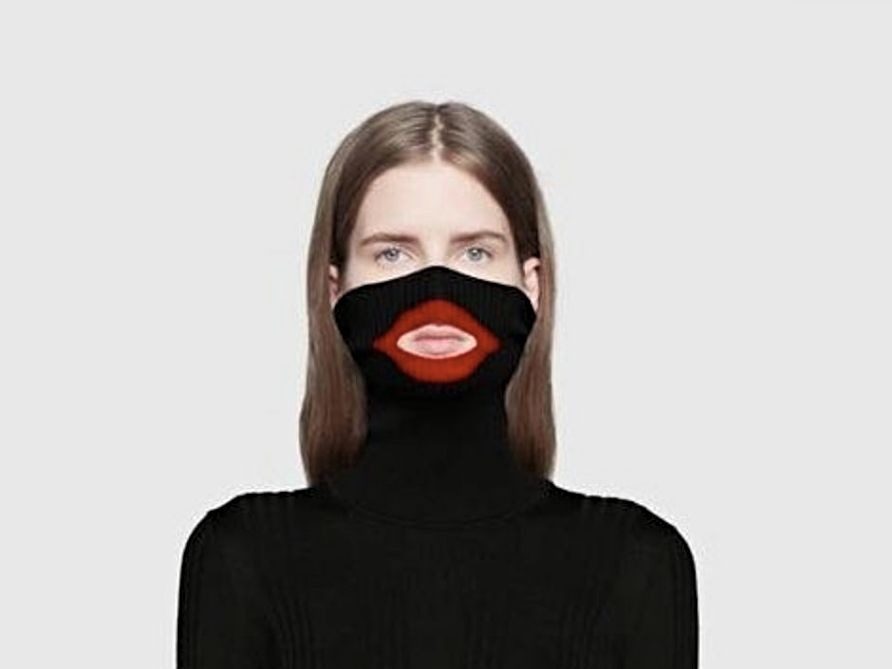 Gucci has pulled a $890 sweater from its collection after receiving an onslaught of backlash from people who deemed the item offensive. The turtleneck black wool balaclava sweater covers the nose and includes a red cut-out for the mouth, baring a strong resemblance to blackface.

In the wake of the public outcry, the luxury fashion brand has issued an apology on its Twitter account.

“Gucci deeply apologizes for the offense caused by the wool balaclava jumper,” it reads. “We can confirm that the item has been immediately removed from our online store and all physical stores. We consider diversity to be a fundamental value to be fully upheld, respected, and at the forefront of every decision we make.

“We are fully committed to increasing diversity throughout our organization and turning this incident into a powerful learning moment for the Gucci team and beyond.”

Gucci deeply apologizes for the offense caused by the wool balaclava jumper.
We consider diversity to be a fundamental value to be fully upheld, respected, and at the forefront of every decision we make.
Full statement below. pic.twitter.com/P2iXL9uOhs

Despite Gucci’s apology, many people weren’t so quick to forgive. Some couldn’t believe it even made it past the production stage, let alone be sold on the company’s website. Others pointed out fellow luxury fashion brand Prada also released some questionable merchandise.

How does this keep happening with supposedly 'luxury' brands? No-one at Gucci clocked the similarity between the racist imagery of their $890 blackface jumper and Prada's keychain – the latter of which was pulled from stores less than two months ago? Or do they just not care? pic.twitter.com/pNxTbuJeXV

So @gucci puts out a sweater that looks like blackface……
On Black History Month….
And then issues an apology because they didn't know that blackface images are racist.

We have ONE month to celebrate the history of African Americans. Feb. 2019: Multiple accounts of politicians wearing blackface. And now news Gucci was selling a $890 blackface sweater. We are a nation desperately in need of diversity training. #gucci #BlackHistoryMonth pic.twitter.com/tHXEAP2pjN

Let me get this straight, @gucci issues an apology for a sweater that appears to resemble blackface…I just can’t *screaming*!
Dear America,
Cut the shit! Step away from blackface. It was racist and dehumanizing in the late 19th century and it is still racist today &forever more pic.twitter.com/3iPiMehPiZ