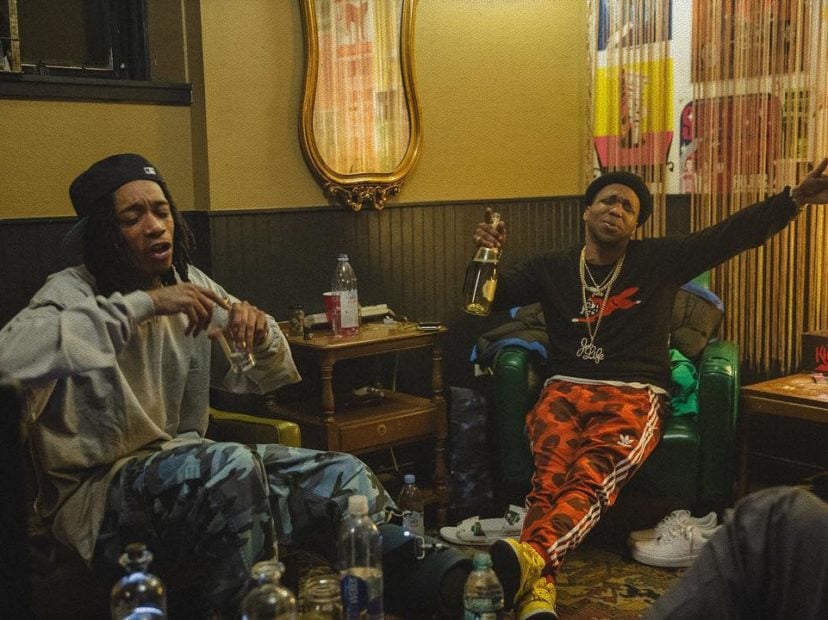 SPOTIFY – The #DXHitList has been refreshed with the latest in Hip Hop music releases. A lot of solid drops this week, including new music off Wiz Khalifa and Curren$y’s 2009 project, a banging collab with Nipsey Hussle and rising Los Angeles rapper Roddy Ricch as well as Offset‘s leading single “Red Room” from his forthcoming solo album.

This week’s #DXHitList is led by Nipsey Hussle’s new single “Racks In The Middle” featuring rising LA rapper Roddy Ricch and Hit-Boy working his magic on the beat. Nip had a solid 2018 as his debut album Victory Lap earned a Grammy nod for Best Rap Album and hit the top of the Billboard charts at No. 4.

Next up, Wiz Khalifa and Curren$y‘s 2009 cut “Getting Loose” featuring Problem. Wiz and Spitta stand on their own, delivering glossy, stoner verses while Problem holds it down on the song’s memorable hook.

Also making the #DXHitList this week is Offset‘s first solo single “Red Room.” The track is blessed by Metro Boomin‘s production and will reportedly live on the Migos member’s impending solo album.

The #DXHitList also features new music from Juicy J, T-Pain and Gunna, as well as a sultry new R&B record from Cardi B and Bruno Mars titled “Please Me.”