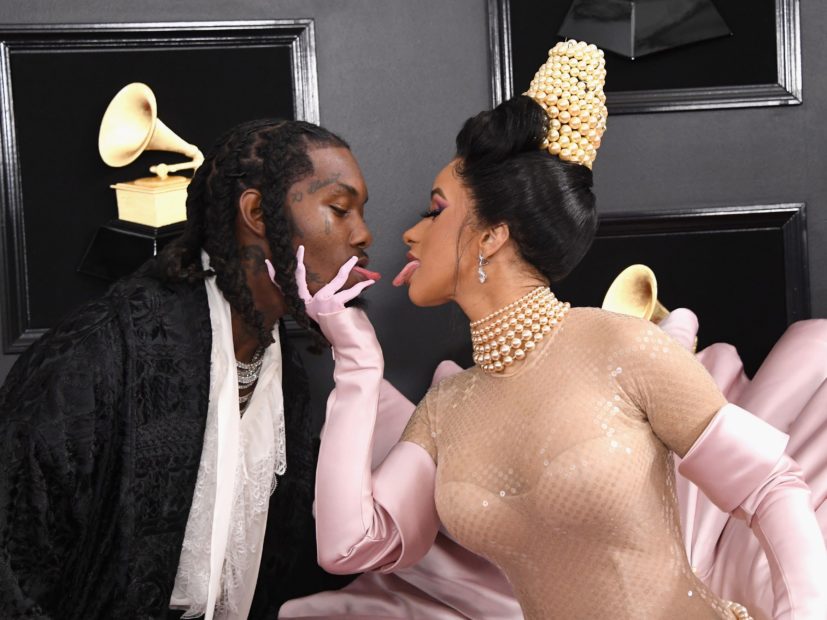 Los Angeles, CA – In case there was ever any doubt, it looks like Cardi B and Offset are officially an item again. Roughly two months after their split, the rap star couple showed up together at the 61st Annual Grammy Awards on Sunday (February 10).

As they walked the red carpet, they apparently couldn’t help themselves from making out in front of the flashing lights.

The Migos rapper was presumably in Los Angeles with his not-so-estranged wife in support of her big night. The “Bodak Yellow” phenom was up for five Grammy Awards, including Record Of The Year (“I Like It”), Album of the Year (Invasion of Privacy) and Best Rap (Invasion of Privacy).