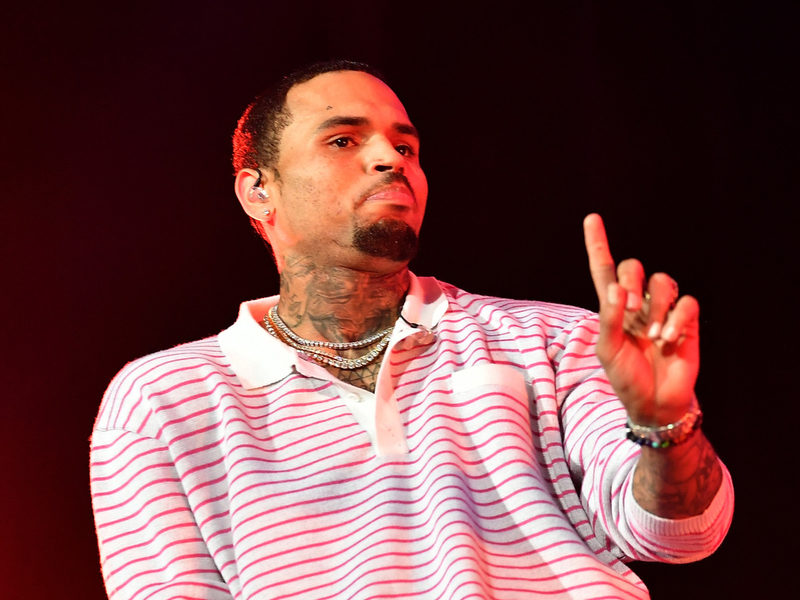 It didn’t take long for Offset to respond to Chris Brown’s Instagram tirade. Shortly after Breezy challenged the Migos rap star to a fight, Offset responded with a few words of his own, insinuating Brown was a drug addict.

“Coke head don’t want no [smoke],” he wrote in one of his Instagram Stories.

The two artists have run into issues before. In 2017, members of their respective crews got into a heated confrontation during BET Awards weekend in Los Angeles.

Migos were reportedly greeted by those in Brown’s entourage as they approached the venue. Witnesses said someone shoved Quavo and when another member of Migos’ crew attempted to intervene, the person was punched.

TMZ captured video of the altercation. Revisit the footage below.

[This article has been updated. The original version was published at February 6, 2019 at 5 p.m. PT and can be found below.]

Chris Brown had some choice words for Offset after the Migos rapper hopped in his Instagram comments and called him a “lame.” On Wednesday (February 6), the R&B superstar replied to Offset’s comment with a string of profanity-laced insults.

“FUCK YOU LIL BOY,” he wrote in all caps. “BETTER WORRY ABOUT WHAT U GOT GOING AND FOCUS ON ‘YOU.’ All this cap on IG IS WHATS LAME. YO ENERGY WONT LIKE THAT WHEN I CAME TO THE DRAKE SHOW IN LA…IF U DONT GET YO A HIP A HOP A HIBBET A HIBBET TO THE HIP HIP HOP AND YA DONT STOP THE ROCKING FACEASS OUT MY COMMENTS. SENSITIVE ASS NIGGA.

“CALL ME PERSONALLY. U WANT SOME CLOUT WHEN ALL U GOTTA DO IS PULL UP. No camera no flexing and all at!!!!!!!! IF YOU A REAL MAN FIGHT ME. Oh and another thing, SUCK MY DICK!!!”

#ChrisBrown wants ALL the smoke with #Offset for coming at him for posting a #21Savage meme. ?

The war of words kicked off earlier this week when Brown posted a video of 21 Savage rapping with a British accent. As the entire Hip Hop community knows, 21 was arrested by ICE on Sunday (February 3) and it was revealed the 26-year-old rapper is actually from the U.K.

Naturally, a flurry of memes and GIFs followed and Offset wasn’t having it. He commented on Brown’s post, “Memes ain’t funny lame.”

That was evidently enough to infuriate Breezy who promptly unleashed on Offset. So far, the ATLien has yet to reply.