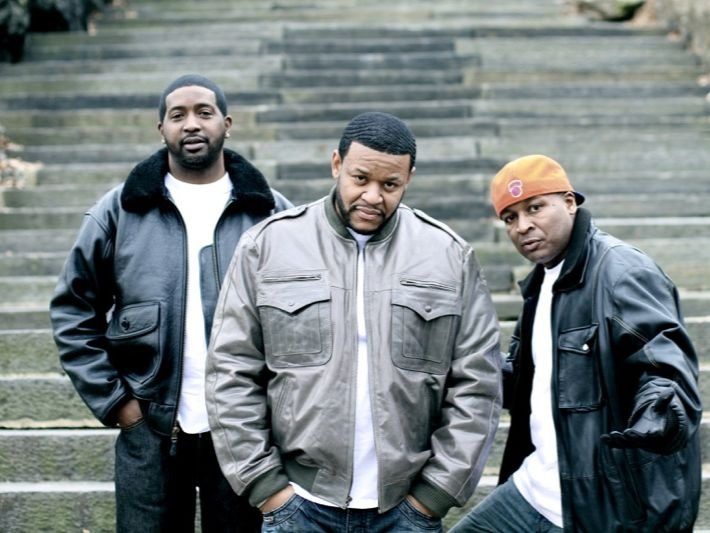 HipHopDX Premiere – Shortly after premiering their “1980 Something” video with HipHopDX, The Legion is back with the Three The Bronx Way LP, which serves as the official follow-up to 1994’s Theme + Echo = Krill. Boasting 11 tracks, the LP features guest spots from Sadat X, Black Sheep’s Dres, Beneficence and Droopy Dogg.

“[Their time apart] allowed us to have the freedom to create and become our own machine,” Diceman said in a press release. “We knew that day would come, and with that day being here, our Independence will allow us to be consistent.”

Chucky added they’ve been “blessed to survive a few generations so we’re able to participate in this new independence.”

Three The Bronx Way comes after 2014’s The Lost Tapes, a compilation of some of their unreleased material.

Check out the LP stream, cover art and tracklist below, and cop the EP here.

[This article has been updated. The original version was published on January 24, 2019 and can be found below.]

Molecules, DiceMan and Chucky Smash — collectively known as The Legion — are back with a fresh visual for “1980 Something.” The track comes from the Bronx trio’s forthcoming LP, Three The Bronx Way.

As explained in the press release, the Double Dog Films crew blended old footage from the ’80s with current shots of The Legion kicking it in the Bronx to capture the vibe of New York City and the country-at-large. From shots of former president Ronald Regan to the consequences of the crack epidemic, the video effortlessly encapsulates that era.

The Legion, who came up under Black Sheep’s Dres, recruited Sadat X, Dres, Droopy Dog and Benefience for the new project. The LP is expected to arrive on February 1.

Watch the “1980 Something” video below and cop the LP here.