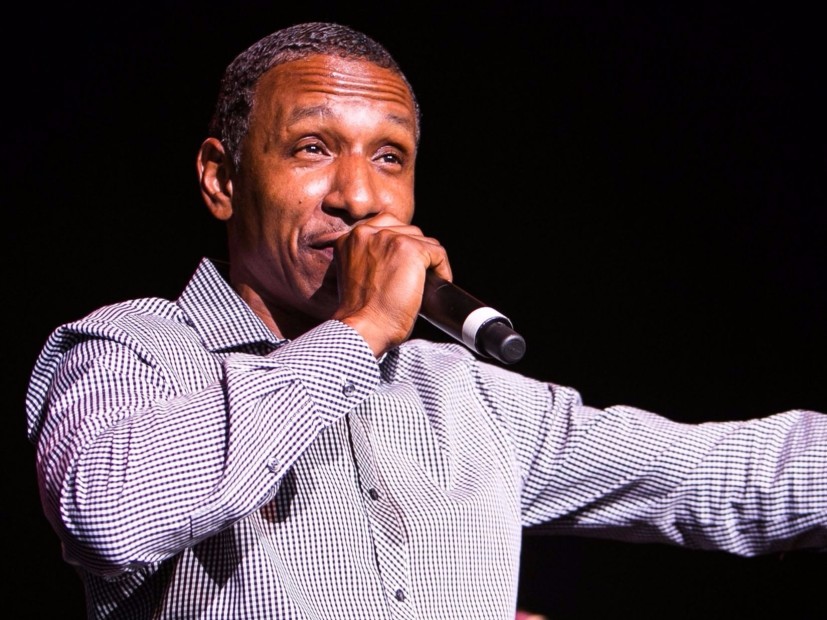 It’s been a while since fans have been gifted with a full body of work from Dres, one half of the Hip Hop duo Black Sheep.  Dres’ followers were elated when he announced not one, but two new projects — a mixtape and LP both titled Tortured Soul — via Twitter a few weeks ago.

“I got the opportunity to do a mixtape for a company that’s based in California,” Dres tells HipHopDX. “That prompted me to [not only] look at some of the music I’ve been doing over the last few years independently that I might be able to lend to it, but [also] think about creating some new stuff.”

As it often goes with true creatives, when the ball gets rolling it’s hard to stop.

“It dawned on me that I should just go ahead and do a full project, and maybe use the mix as a precursor for the project,” he says, noting that some of his slept-on material over the last few years would likely find a home on the mixtape.

A few of those tracks have already started floating around online, accompanied by a hashtag promoting the mixtape.

When it comes to the bleak sounding title, Tortured Soul, it’s more of a metaphor for a real artist.

“To be an artist today is to hold firm to the principles that are now a footnote to popular music,” Dres explains. “It’s being an artist knowing that it’s not popular, acknowledged or even profitable — but at the same time, needed in today’s world.

“A string of characters are needed and may never be acknowledged. Hence, an internal battle will exist. The drive to push forward and touch souls with offerings that speak to the world on different levels may never be embraced, but it’s necessary nonetheless.”

When coming up with the title, Dres looked at ageism in Hip Hop.

“[Young cats] don’t reach back positively,” he says. “Hence the older cats are a little bit bitter in my opinion, as far as dealing with the younger kids. In five years you’re the older cat, you know? Music today has the lifespan of a bubble.

“Nobody from my era got into music because of branding. Nobody got into Hip Hop because they wanted to be rich. Hip Hop wasn’t even on the radio on a daily basis. Anybody that came from my era did it because it was something that you felt strongly about in your heart. I’ve been doing this for 25 years and I’m so fortunate. I’m not the top tier but I’m not the basement either.”

The statement holds weight if one stops to consider his place in the culture’s history. The jazzy music Black Sheep created is timeless. In fact, the duo’s classic cut “The Choice Is Yours” has remained in the pop culture zeitgeist via commercials.

“I feel like I’ve done everything in music except make a ton of money,” he says with a laugh. “You know, fame was never really the premise for me. I’ve been fortunate enough to make a living. I’ve never been rich. I’ve never had a million dollars looking at me but I’ve always been ok.”

So, 25 years after the Black Sheep debut, what keeps Dres motivated?

“You know, it still excites me to introduce new music to people and to go against the grain,” he explains. “There’s no big machine behind me today, so it’s an internal battle for me to see if I can crack the stratosphere of my merit.”

As of now, there is no release date for Tortured Soul.