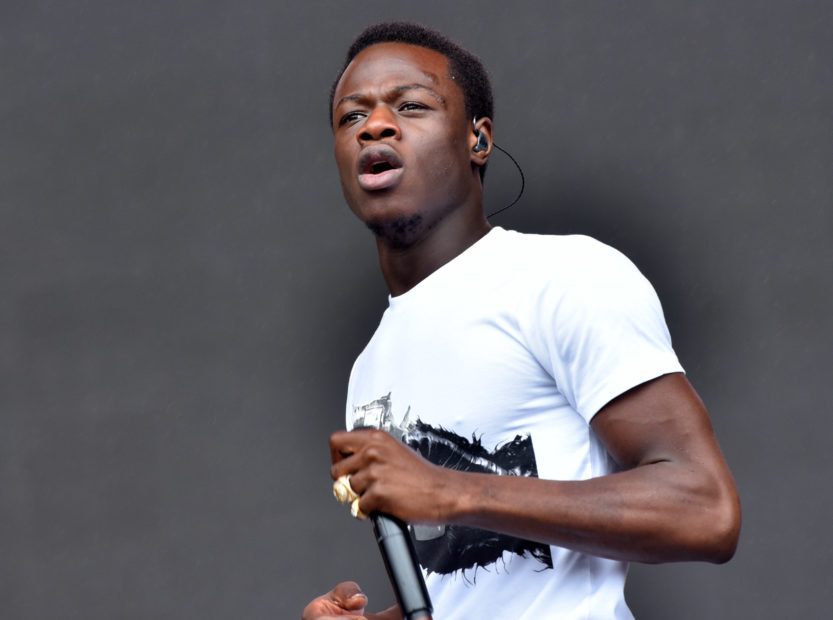 Stratford, East London – London rapper J Hus was sentenced to eight months in jail last Friday (December 14) for possessing a knife Westfield shopping center in Stratford, East London. He has been arrested on June 21 and charged with “possession of a bladed article in a public place.”

Hus (real name Momodou Jallow), was pulled over by law enforcement with his girlfriend driving the car after smelling marijuana, according to BBC. After police asked him if he had any suspicious items as they were getting ready to search the car, he revealed to them that he was carrying a 10cm folding knife.

When confronted, he reportedly replied, “You know, it’s Westfield.”

In court, Judge Sandy Canavan told the 23-year-old J Hus that she would fall short on her legal duties if she did not jail him as he was a “role model to many” but “failed” to put his troublesome ways from his past behind him.

She stated, “This, in such a young life, is the fourth occasion when you have gone out armed with a knife.”

The “Dem Boy Paigon” rapper’s defense attorney Henry Blaxland read out a letter to the judge apologizing and he was “fully accepted his actions were careless”.

J Hus’s remorseful letter tells the court that his decision to carry a knife was “ill-advised” and “utterly stupid,” stating he was “not in the right state of mind.”

The defense also told the judge that his decision was motivated by “mild PTSD” from once being stabbed himself and was seeing a therapist. Initially, he pleaded “not guilty”, but changed his plea back in October.

The BBC also reports that J Hus had six previous convictions for 10 offenses between 2011 and 2016 – including possession of a knife.