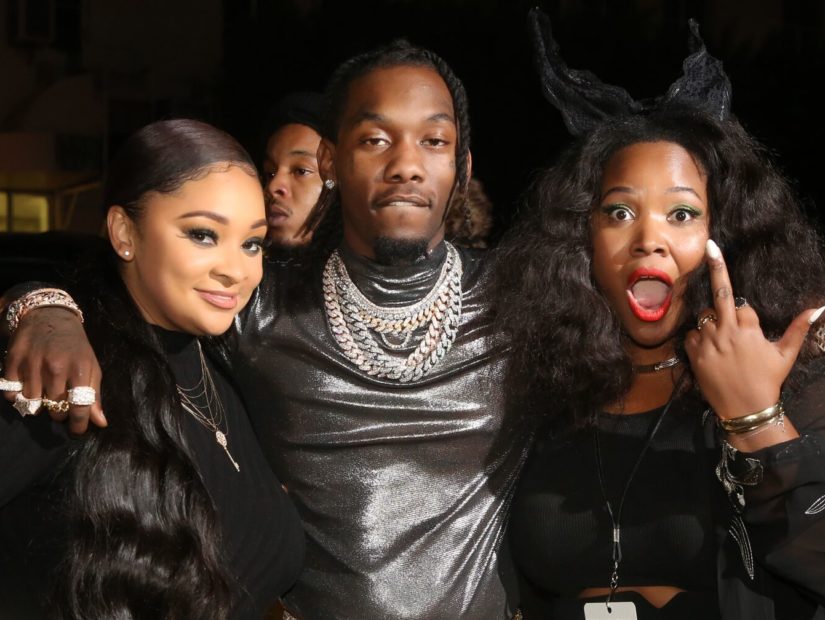 Los Angeles, CA – Fresh off leaving Rolling Loud with his heart on his sleeve, Migos very own Offset entered his star-studded “jungle-drip” themed party to celebrate his 27th birthday on Saturday (December 15) at the Ebell of Los Angeles.

Dripped in diamonds, Offset was joined by Quavo and Take Off along with a packed out room including celebs such as Rae Sremmurd, Kodak Black, Mike Will, DJ Mustard, Young Thug, 21 Savage, Trippie Redd, Lil Yachty and a host of friends and family.

Guests enjoyed a true jungle experience decked out with monkeys, a tiger, a black panther and African-inspired dancers who pranced around in a room fit for a king. Offset took to the stage saying,

“[I’m a] boss at that you know what I’m saying, I got my whole team, my mama, my family in here. You can’t tell me shit you what I’m saying,” the birthday boy exclaimed to the partygoers.

From there, he performed “Ric Flare Drip” before taking his seat at the throne while the crowd sang Happy Birthday to him. His triple layered cake read his name in glistening diamonds which played into the jungle theme of the night. He also rocked a custom blinged out masked designed by Laurel Dewitt.

However, the big news of the night perhaps was when Offset crashed his wife, Cardi B’s Rolling Loud performance. Truly fighting to get the love of his life back amongst cheating allegations, the “Bad and Boujee” rapper flooded her set with flowers emboldened with the caption, “Take Me Back Cardi.” Although Cardi appeared not to be here for the surprise or the mere sight of Offset, she later took to social media asking fans not to bash him and seemed to show that she still has a lot of love for him.

Before leaving his birthday party for the night, Offset was surprised by his label, Quality Control with a new fully loaded black Rolls Royce with red leather interior and a night to remember.

Check out more photos of the shindig down below.