Canon Rapper Defines His Own Path 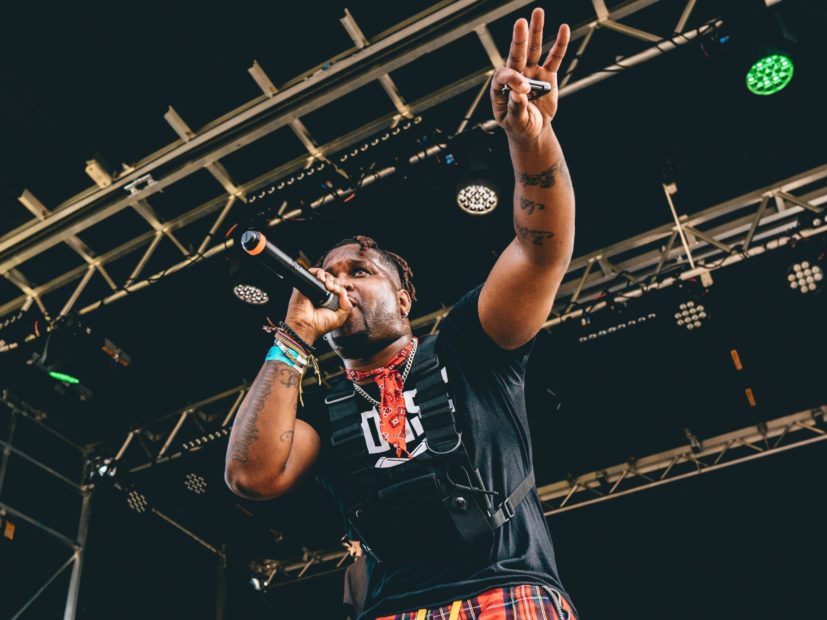 Chicago-born rapper Canon doesn’t want to be boxed in by his Christian beliefs. While Canon’s not the type to shy away from professing his spirituality in his music, he’s also not opposed to working with artists of all types of backgrounds. After all, “good music is good music,” he says.

The 29-year-old rapper Canon first started gaining steam after working with Lecrae on Lecrae’s Rehab: The Overdose in 2011. Canon Rapper‘s also teamed up with Derek Minor on songs such as “It’s Not A Game” and “Over Do It.” Since then, Canon has been working tirelessly to establish himself as a solo artist.

As Canon Rapper prepares to release his new album Home on Friday (December 7) via Reflection Music Group, HipHopDX caught up with the burgeoning musician to discuss his spiritual path, the message he hopes to get across to fans with his music and why he believes God is always looking over him.

I’ll show up anywhere. Tonight we’ve got one more show from this tour. We’ve been touring since August. I’m DONE DONE lol but it’s been great! Time to finish strong! Thank you guys for a great experience.

“You find a lot of creatives out here,” he says of Nashville. “I don’t know if there’s a ton of outlets for Hip Hop out here, which I pray that in my time of being here, that we could build that up. Nashville has a lot of dope creatives and a budding pocket of artist that are really dope. I hope to keep building on top of what is here already. I have an opportunity to build with some of the artists that’s out here. Certain parts of Nashville is definitely progressing.”

The Car Accident Led Canon To His Spiritual Path

“I’ve learned through the accidents that I have had that my life isn’t mine. And no matter how much someone may try to say, “Hey, there is no God.” I’m like well, you’ve gotta realize somebody’s controlling things that we cannot control when you’re not in control. Somebody’s making the universe go round. Our hand isn’t on it.”

Contemplating how we're gonna make it through the night, I'm weak and I ain't gotta fake it in my life, Oh lord you know we need you, since you, gave me power for my people, send me way above the eagles

“I’ve been in a couple situations where I almost died. Obviously God’s hands are over my life. I’m still here. The accidents have allowed me to realize my life is not mine. The event that happened is I almost died. I was in a car accident, a car flipped over multiple times. I realized I have a chance to respond to this. I could either rebel and say, ‘Alright, you know what? Forget everything. Harden my heart and I’m just going to do me. If I could die today, I’m just going to live my life.’

“Or I could say, well, I’m still here. Me being here is not a product of something that I did but it’s obviously off of somebody that kept me alive. I attribute that to God and I say, ‘God, my life is yours. You saved it. Well, it’s yours. I owe you.’ If somebody saves yours life, you’re like, well I owe you my life.”

Pre order for my new album HOME is LIVE! Full project drops DECEMBER 7TH! Link in bio!!!! When you preorder, you'll get 3 new tracks, BAMMM ft. @thederekminor & @kingbyron23, We Gone Make It ft. @casskanda & @itsgerardalain, and Push Thru! Let’s get it!!!!

If there’s anywhere you belong, it’s #HOME! We battle feeling accepted, wanted, and respected, battling to find somewhere we belong. I’ve been there too, and now I’m ready to take you on my journey. Let’s start it with a new single THIS Friday. More on that tomorrow… ??? Be sure to turn on notifications here on IG, follow me on @Spotify, @applemusic… EVERY platform! Share with your friends, and comment with a ? below if you’re ready! Let’s GO! – ?: @calebnatale

“We had to move because everybody was getting shot up in Chicago. So we had to leave. We had to get get out. I don’t feel bad for leaving, either. I’m alive. But we was living out in [Chicago suburb] Lombard for a second and I think I was like 12 or 13.”

Canon Almost Ran Away From Home After A Bad Car Accident

“I’m trying to understand why they ain’t mixing with me, They told me ‘Canon be Canon,’ I can’t be no realer than me, They want a man with the heart of a saint but ran from the streets, I’m just trying figure out who rocking with me just for me.”

“My cousin and I was driving to the mall. My brother forgot his wallet so we had to go back. We hadn’t even left the block yet. Instead of just doing a U-turn, he stopped the car, put it in reverse and then just went backwards down this whole block. He floored it in reverse. Every house on that block has a really, really deep ditch. The next thing you know, we swerved into a ditch. Car flips over multiple times. We hit this tree in front of this house and behind that tree was a propane tank. And that tree stopped us from hitting the propane tank. That car was totaled but we weren’t.

“I almost ran away from home that day because I knew we was going to be in trouble. I was like, ‘I’ll see you all when I’m grown. I hurried up out that car. I’m thinking it’s going to blow up like in the movies. We had some neck pain and minor scratches but beyond that, we were fine. Nothing was wrong. We didn’t even have our seat belts on. They should have been planning my funeral that same weekend. But praise God we didn’t have to. But when stuff like that happens, it’s hard to not look up and say, alright God, you’ve got my attention.”

“I started really making music about my experiences with God. And it ain’t this thing where I’m preaching at people. Because I don’t even like to be preached at. I barely like going to church [laughs]. That’s just to be honest. It wasn’t like I’m about to be, ‘Oh man, I’m all set to testify. I’m going to be preaching down everybody’s throat.’ No, I was like, I’m just going to make the music that I know I love to hear. But it’s just going to have my own swag to it. It’s gonna have this own message. The content’s gonna be different.”

Rapper Canon Grew Up Listening To The Eastside Boyz & T.I.

They can’t touch me, nor hurt me. I’m protected. #WeGoneMakeIt ?: @duan.davis

“You name it and whatever, I listened to it. I mean, I still listen to it to this day. I still love it. But I’m just like my content is going to be different. You know what I’m saying? I don’t go around calling women b’s and ho’s. So I’m not going to be talking about it in my music like I do that. Because I don’t. I don’t go around saying I’m about to go shoot somebody up. I’m not that confrontational. ”

Canon Wants To Be A Voice For The Voiceless

You matter to this world. Your contribution to this world is and will always be important. But so is the respect and dignity given as image bearers of God. Let no man take that away from you. @ritzdrea