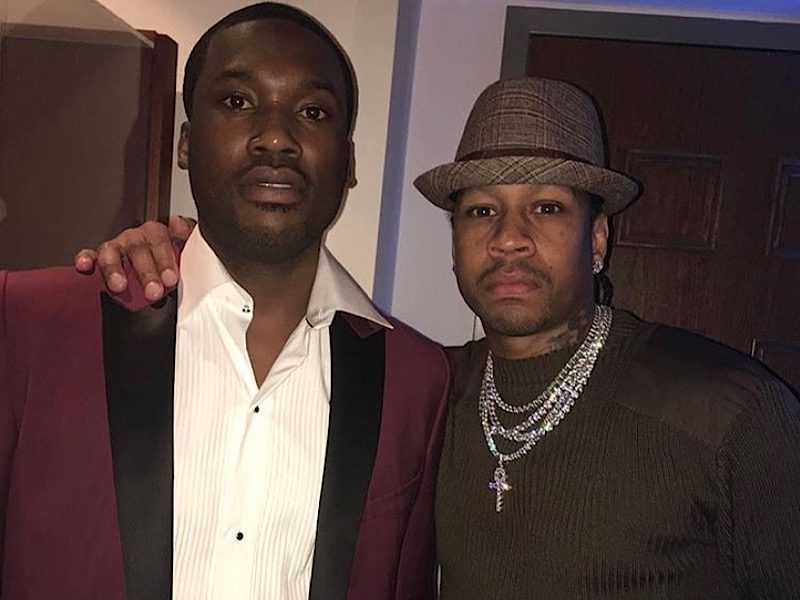 Philadelphia, PA – In a new long-form article written by former NBA player Allen Iverson for The Players’ Tribune, The Answer shared the pride he felt when he witnessed the way Philadelphia rallied around rapper Meek Mill. “[I was] real, real proud.”

“Meek’s a brother to me — straight up. It’s like that. It’s a younger brother thing. And it hurt me to see him locked up,” Iverson shared.

My life!!! Thank you @meekmill for speaking up for me!!!

He recalled a conversation he once had with the Championships rapper, during which Meek revealed that the 76ers legend indirectly helped him through dark times.

“Hearing that from Meek had a deep impact on me. Knowing that just, me, just by living MY own life…… maybe I had been inspiring these other kids growing up rough in these OTHER tough spots,” he says.

“Not only is it wrong, and not even close to right — but it’s also happening too many times, way too many times, to people who aren’t Meek but they look like Meek,” he adds, discussing the rapper’s drawn-out legal drama. “It’s an issue, man.“

Elsewhere in the article, AI shared his top 5 (rappers) list — excluding himself, of course: Biggie, Tupac, Andre 3000, Redman, and JAY-Z.

Check out the full article, here.