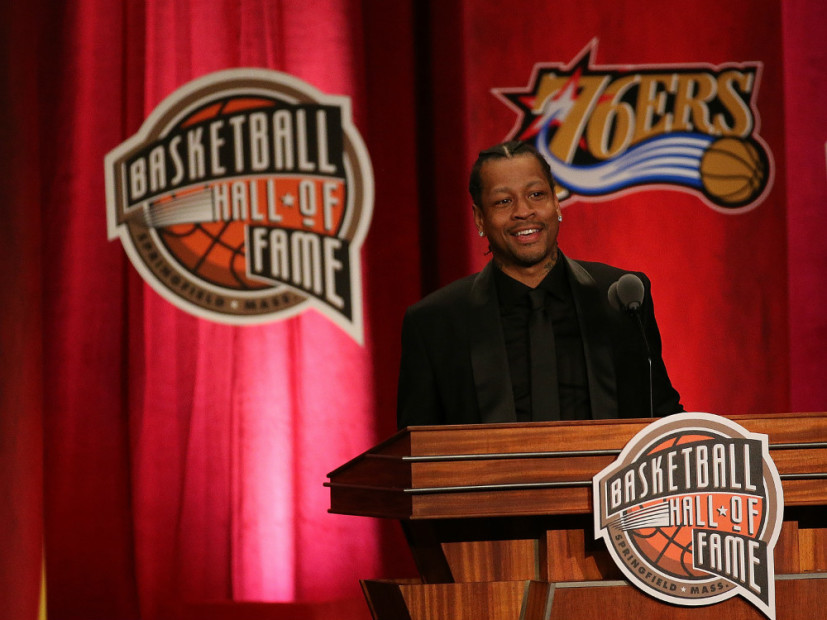 Allen Iverson, the poster boy for how Hip Hop and basketball cultures collide, was inducted into the Naismith Memorial Basketball Hall of Fame yesterday (September 9).

During his 14 seasons in the NBA, Iverson broke barriers for all players from his famous crossover on Michael Jordan his Rookie Year to his street style that was an influence on the league’s creation of a dress code for its players.

In his induction speech, A.I. pays tribute to many Hip Hop greats for inspiring him through his playing days for the Philadelphia 76ers, Denver Nuggets, Detroit Pistons and Memphis Grizzlies.

“I wanna thank Biggie Smalls, Redman, Jadakiss, Tupac and Michael Jackson for being my theme music throughout my career,” The Answer says to a cheering crowd, adding to those he already mentioned including Ma$e and Cam’ron.

Iverson tried his hand at rap himself, but scrapped his debut album after his single, “40 Bars,” caused controversy for going against the family-friendly image of the NBA.

As he reflects on his career, he thanks Georgetown coach Jon Thompson who agreed to take a young Iverson after he went to trial in high school for being in a fight. A.I. also describes filling Julius “Dr. J” Erving’s shoes and leaning on his family when media scrutiny became difficult.