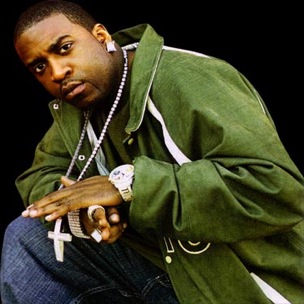 Tony Yayo Is Calling Out Names!

by Andres Tardio
0
Tony Yayo and the G-Unit crew
are no strangers to beef. This year, it seems the Unit is involved in
quite a few quarrels. People anticipated the entire crew speaking out,
and it has finally come. Long time G-Unit member Tony Yayo has started calling out names in the industry, and he went on a rampage.
“I don’t believe Cam’ron, I don’t believe Jim Jones, I don’t believe Lil Wayne, I don’t believe Baby, I don’t believe Game and I don’t believe Fat Joe,” he recently told MTV.
He went on too add fuel to the 50/Cam beef.
“I feel like Cam’ron is a peon,” he added. “Let’s ask the general public: When is the last time Cam’ron made a f—ing hit? It’s time for these n—as to pay the piper.”
Yayo went
on to comment on beef etiquette and 50’s profitable ad campaigns.
“Rap
is a competitive sport and I play around with it. Sometimes dudes catch
feelings, sometimes they don’t. Me, I don’t understand these dudes.
These dudes reach out on the phone and try to call people. After that
incident, Jim, he reached out to Buck. This is what Buck tells me: Jim
Jones reaches out to Buck and was trying to tell Buck to get me on the
phone. I don’t do the phone thing. I don’t need none of these rap
n—as to be my friends. My best friend sells the most records and
makes the most money … I’ve seen checks for $5.5 million that 50 is
generating monthly just from [his partnership with] Vitamin Water,” he said.
No, he wasn’t done there. He also went on to discuss Jim Jones‘ disrespectful comments on the radio.
“Jim
was trying to reach out to me, reach out through other people from the
street, but I never accepted his call. He gets on radio and says,
‘Yayo, you’s a immigrant. So you disrespecting every Haitian on the
planet.’ So he played himself like that. I’m like, ‘These dudes is
fools.’ Jim Jones cannot f— with me creatively. You can’t be serious.
Cam’ron, none of them can f— with me creatively, and I got more money
than them. I can call 50 right now and borrow $5 million dollars. It’s
not a problem,” he explained.
Readers may recall the All-Star weekend confrontation between Young Buck and rival The Game. Yayo spoke on that as well.
“Buck
just ran Game out of the club in Vegas. Now there’s rumors that Game is
trying to call Jeezy’s phone and trying to get in touch with Buck. F—
Game!”
Finally, Yayo began discussing his new album, its humorous title and more.
“This new album, I’m calling it ‘I’m 50 Cent’s
Tax Write-Off.’ I really don’t care if it sells or generates any money
towards Interscope, because Interscope only cares about three people: Eminem, Dr. Dre and 50 Cent.
I’m not going to sit here and grow gray hairs over it. I’m gonna give
you the best music possible because 50 is going to make sure I’m all
right. I can do five shows with 50 and make over $100,000 being his
hypeman. So me going on tour with 50, I can generate millions of
dollars that a artist would make doing shows off their own album.”
The title has also been rumored to be Child of the Ghetto. It is said to be slated for a release after June sees 50 drop Before I Self Destruct.