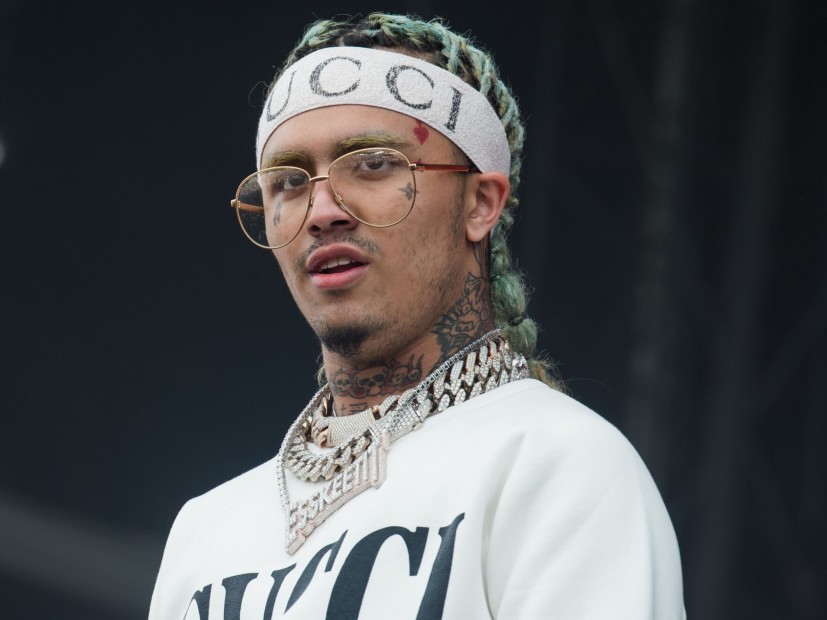 Nottingham, U.K. – Lil Pump was performing at Rock City in Nottingham, England on Friday (November 16) when witnesses say someone threw some kind of gas into the crowd. The show came to an abrupt halt once the gas started to fill the auditorium.

Shortly after the gas was dispelled, Pump was slumped over and nearly unconscious.

But rather than cancel the event completely, Pump continued the show on top of his tour bus outside and performed “I Love It” as the crowd cheered.

.@lilpump is now performing on his tour bus after the major incident at #RockCity in #Nottingham pic.twitter.com/m6xyDsEEby

Police and paramedics were quickly dispatched to the scene. A spokesperson for the Nottingham Police Department told TMZ they got a call around 9:30 p.m. local time for a reported smoke flare inside the venue.

At least two people were treated for minor injuries but law enforcement sources said it wasn’t an act of terrorism.

As reported by the Nottinghamshire Live, one concertgoer said, “A lot of people experienced severe negative effects; falling unconscious, seizures, panic attacks and people not being able to see temporarily. Police, paramedics and the fire brigade did an excellent job sorting everything and everyone out. Massive shoutout to them all.”

Rock City issued a statement to its Twitter account and revealed pepper spray was likely the culprit.

In one of Pump’s Instagram stories, he says someone “fucked up the whole show” and caused him to “faint.” A friend of his reveals there wasn’t just one flare but three.

At this time, authorities haven’t determined who is responsible for the stunt.