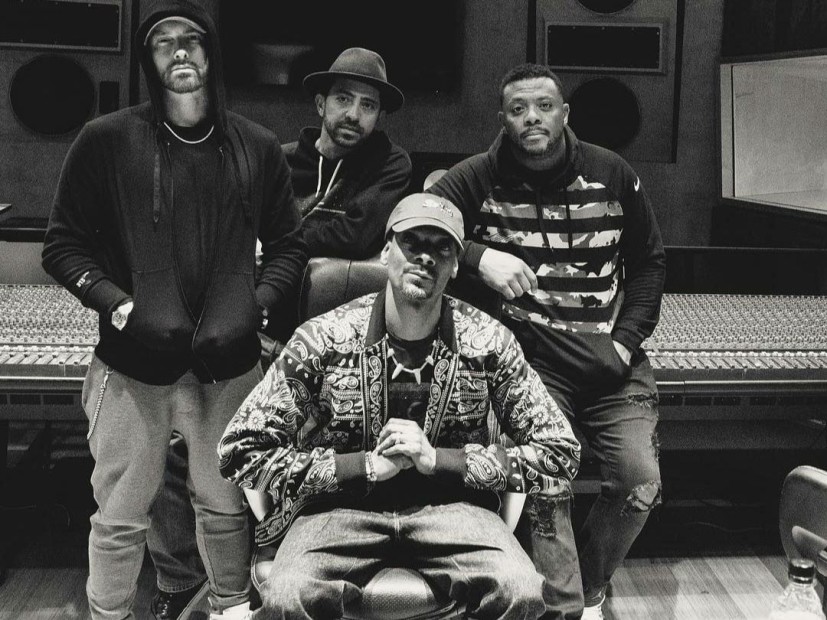 Detroit, MI – Eminem and Snoop Dogg are rarely in the same city at the same time. But considering Snoop is in Em’s hometown of Detroit this week, the D-O-Double-G was able to pop in on Slim.

On Wednesday (October 24), Snoop shared a photo of the two rap titans in the studio together, both with mischievous smiles on their faces.

Snoop is referring to his Redemption of a Dogg stage play starring Tha Doggfather, Tamar Braxton, Omar Gooding and Eric Benet, among others. The show’s three-night run at Detroit’s Music Hall kicks off on Thursday (October 25).

Detroit. Tommoro. 8 pm. Redemption of a Dogg had to c M. To get the stamp

Less than 12 hours later, Snoop posted another photo of himself in the studio with Em and Denaun Porter.

The photos quickly sparked rumors of a collaboration. Snoop and Em have never released an official single but Snoop was a featured guest on The Marshall Mathers LP track “Bitch Please II” in 2000.