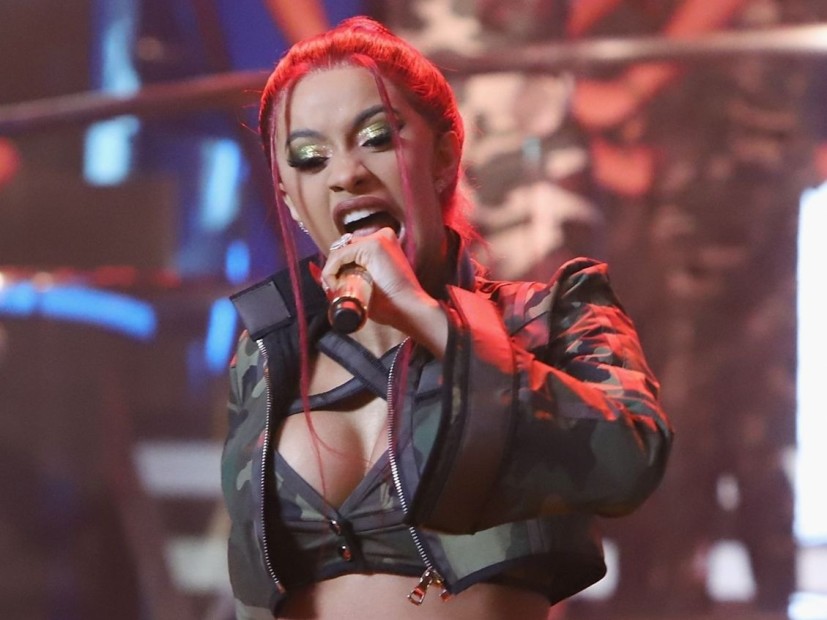 INSTAGRAM – Only a few days after Cardi B claimed Nicki Minaj’s loyal legion of supporters – the Barbz — are her biggest fans, the Bronx super rapper is now encouraging them to plummet to their deaths. A fired-up Cardi hopped on Instagram Live early Monday morning (October 29) to vent about the latest Nicki drama.

Cardi was upset the Barbz were coming after her older sister Hennessy.

“Throw yourself off a balcony,” she says in the clip. “I shouldn’t be talkin’ but you know how I get when people fuckin’ start with Hennessy. If you a grown ass woman or a grown ass nigga under comments talking shit my nigga, you need a fuckin’ life. You need to cut your muthafuckin’ veins ’cause y’all niggas need help.”

She’s evidently fed up with the Barbz being “so obsessed” with everything she does.

CARDI B IS ON INSTAGRAM LIVE TELLING THE BARBS TO KILL THEMSELVES pic.twitter.com/SS6vrThoz3

The drama popped off when Hennessy accused Nicki of sharing Cardi’s personal phone number. The self-proclaimed Queen of Rap discussed the issue on Episode 10 of Queen Radio.

“You can’t lie on me, leaking numbers,” she said. “Now you know the truth. Your big sister came home and lied to you, now what?”

The animosity between the two rap stars has been growing for months. During New York Fashion Week, Cardi allegedly threw a shoe at Nicki because of comments she made about Cardi’s parenting skills.

This isn’t going to help.

[This article has been updated. The original version was published on October 23, 2018 and can be found below.]

There’s been plenty of drama in the ongoing saga of Nicki Minaj versus Cardi B. From shoe-flinging fights during New York Fashion Week to not-so-subtle jabs on the ‘Gram, their relationship is anything but cordial.

Now, Cardi is taking things a step further and claiming Nicki’s loyal legion of fans — collectively known as the Barbz – are her biggest fans.

“It was like, fuck it, can’t retract it. Might as well put it [‘Money’] out. Hope y’all are enjoying the record. So, um, I hope you guys enjoy it. Thank you. Yeah, I don’t give a fuck. I say what I wanna say. Sick and tired of fucking lying about certain tings. They seem like my biggest fans. Always on my fucking page … always on my nuts. Seem like you my fan.”

#CardiB’s got a message for the #Barbz ?

Cardi decided to release her latest single “Money” on Tuesday (October 23) after it was leaked early.

The track wasn’t expected to arrive until Friday (October 25) but alas, she couldn’t stop the Cardi train — and evidently neither can the Barbz.