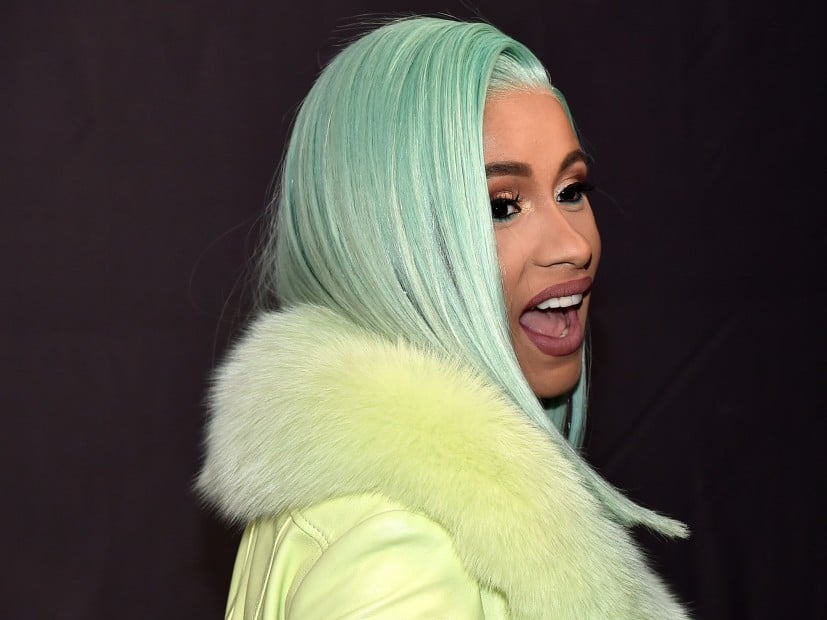 Cardi B is featured on the cover of W Magazine’s Art Issue, marking the first interview she’s granted since giving birth to her daughter Kulture. In the interview, she opens about the fight at New York Fashion Week involving Nicki Minaj and Love & Hip Hop star Rah Ali.

During the melee last month, the “Bodak Yellow” breakout star alluded the fight was sparked by comments Nicki made about Cardi’s parenting skills.

“For a while now she’s been taking a lot of shots at me,” she told W. “I spoke to her twice before, and we came to an understanding. But she kept it going.”

Meet another side of Cardi B as the breakout star opens up about pregnancy, marriage, Nicki Minaj and more in her first interview since giving birth to daughter Kulture at the link in bio. – @iamcardib by @mickalenethomas Styling: @kollincarter Story by: @dianesolway W magazine, Vol. VII 2018

The final straw came when Nicki allegedly liked, and then unliked, a derogatory tweet about Cardi’s new role as a mother.

“I was going to make millions off my Bruno Mars tour, and I sacrificed that to stay with my daughter,” she said. “I love my daughter. I’m a good-ass fucking mom. So for somebody that don’t have a child to like that comment?”

“For some reason I’m really fascinated with the Holocaust. People were so naïve to believe certain things. But then we in 2018 and there’s people that believe that our problems come from a certain group of people. It just baffles my mind.” Link in bio. – @iamcardib by @mickalenethomas Styling: @kollincarter Story by: @dianesolway W magazine, Vol. VII 2018

While Cardi acknowledges the Harper Bazaar ICONS party might not have been the most appropriate moment to confront Nicki, she had a simple explanation for that.

“So many people want to say that party wasn’t the time or the place, but I’m not going to catch another artist in the grocery store or down the block,” she said.

Elsewhere in the interview, Mrs. Offset recalled some advice she received from Kardashian matriarch Kris Jenner.

“Kris told me, ‘People are going to talk badly about you, but it doesn’t really matter as long as you’re making money,’” she said. “And it’s true. If you read the online comments, it seems like everybody hates the Kardashians. Each and every one of them. But how can that be true if everything they sell sells out?”