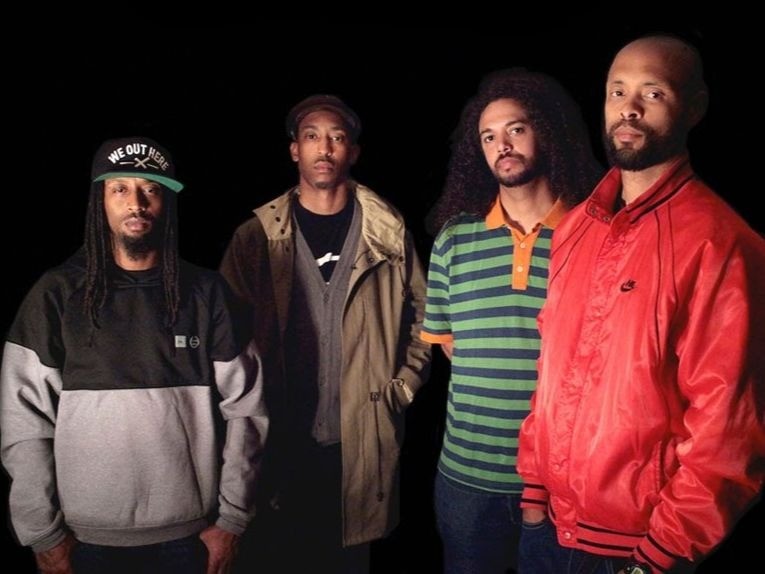 OAKLAND, CA – In honor of its 20th anniversary, Souls of Mischief released a documentary on the making of their seminal album, ’93 Til Infinity, back in 2013. Now, as the project turns 25, the Til Infinity movie is being released to the public.

The ANNIVERSARY 9.28!! Get reeadyyyyyy @tilinfinitydoc #som25 #soulsofmischief LIMITED Edition USB is stacked w all the goodies. Especially the 93 minute documentary about yours truly. Guest appearances from so many of our family, esteemed colleagues, friends, mentors, fans, etc. Must see TV fit for the big screen! Follow @tilinfinitydoc for more..?

Clocking in at 93 minutes — which is clearly not an accident — the film features bonus clips, archival footage and over 50 interviews from notable producers and MC who help tell the Hieroglyphics crew’s story. All four members — Tajai, A-Plus, Phesto and Opio — make appearances as well.

“It was awesome to see the film come together,” Tajai tells HipHopDX. “It was filmed over a period of a couple years and then edited heavily before we finally finished the product in 2013. After a brief run on cable TV, it’s now available to the public.

“I’m extremely excited that the story of this classic album is being told by the artist and contemporaries in their own voices. RIP Phife and Prodigy!”

Til Infinity is available now in a limited edition USB version, which includes deleted scenes and more.