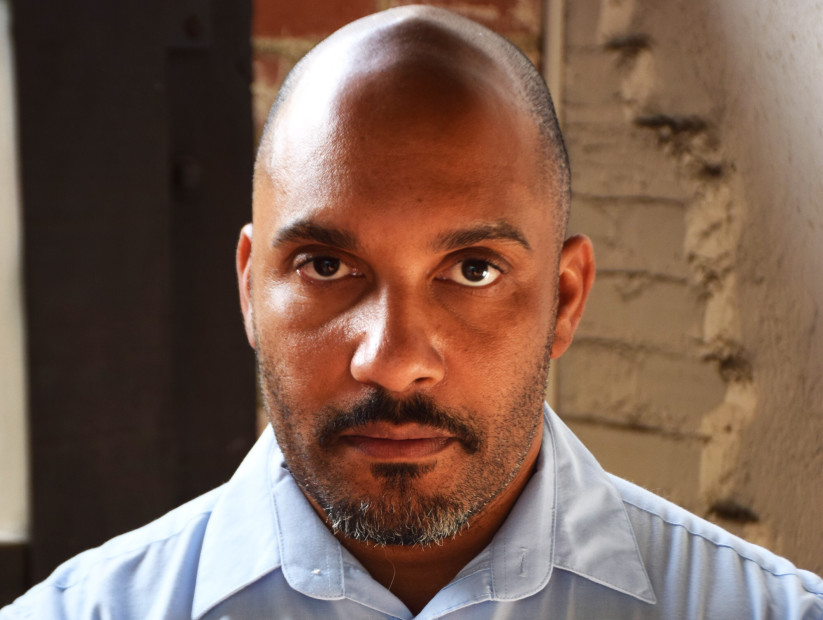 Los Angeles, CA – Before doing more than nine years in prison on charges of kidnapping Girls Gone Wild founder Joe Francis on mob orders, Riley Perez was interwoven in the fabric of Hollywood’s illustrious nightlife. From Scott Caan to the Hilton sisters, who eventually played a part in his capture to some of Hip Hop’s elite.

One of those elite individuals was the late great Heavy D.

Perez, whose book What Is Real? The Life and Crimes of Darnell Riley was released earlier this month, recalls meeting the late MC/producer via some of his underworld connections and later forging a friendship rooted in a mutual love for boxing.

“I met [Heavy] in the 90s. One of his good friends is a guy that I used to work for, Matty ‘The Horse’ Ianniello in the gambling rackets. Matty being from New York, Heavy being from New York you can imagine the many paths they’ve crossed, but Heavy loved boxing, I grew up in boxing that’s one connection we kept throughout our friendship,” Perez told HipHopDX in an exclusive conversation. “He placed bets but he wasn’t that great of a gambler so he didn’t take it any further than that.”

When Perez went away, the Overweight Lover was one of few people that would always answer when he called. “When I was away I’d give him a call every couple of months just to catch up and see what life was like on the outside and Heavy always took my call and talked shit to me about how stupid I was,” noted Perez. “Heavy was real simple, real humble. Always there to help out a friend and a lot of times he did.

The former mob enforcer was locked up when Heavy D passed away back in 2011 but one story that fueled his motivation from that moment on was a conversation the MC had with Diddy.

“Heavy and I used to jog by his place in Beverly Hills and he had just booked The Tracy Morgan Show and he was telling me how he had just called Puffy and he was all excited that he had gotten a part on The Tracy Morgan Show and Puffy turned the table on him and said ‘What are you happy about that for? That’s peanuts. They handed you off a little something. Sean John just made X amount of dollars this year. Go on and do your own shit,” remembered Perez. “They always had that competitive vibe with each other and they’d push each other. He was telling me that cause at the time I was shooting a commercial on spec so it was his way of letting me know that this is how our boys talk to each other. Don’t be satisfied with a couple of pennies. Go for the big dollars.”

In the book, Riley chronicles the dark day-to-day life of incarceration (including a stint he did as Charles Manson’s neighbor). From race and gang politics to clandestine negotiations with the Corrections Officers Perez’s book depicts a system that needs to change. Like Meek Mill (https://www.thefader.com/2018/08/15/meek-mill-prison-reform-wrongful-conviction-podcast) Perez saw firsthand a system devoid of rehabilitation.

“It’s a broken system. If you got a system that’s been doing a set of things for 50 years but the exact same results are coming out of it it hasn’t created a safer prison environment then it hasn’t created a safer society at large,” said Perez. “The full purpose of prison is to protect society from those that have violated the law. The second purpose is to protect those that are in prison. The proliferation of street gangs and prison gangs, how the two connect and how the inside and outside are interconnected. A large part of it is the prison officials who have stuck with the same design. Guy comes out after a ten-year sentence, was he given any opportunities to learn a trade? Was he given access to rehabilitative programs? Those are topics that need to be constantly on the table because most folks are gonna be released from prison at some point and what are they being released to? What are their options? If there are no other options the best one is what led them to prison.”

Perez hopes his story will serve as an example to help others avoid incarceration. He will be doing a book reading and signing in Los Angeles Wednesday, September 26th at The Dime on Fairfax.