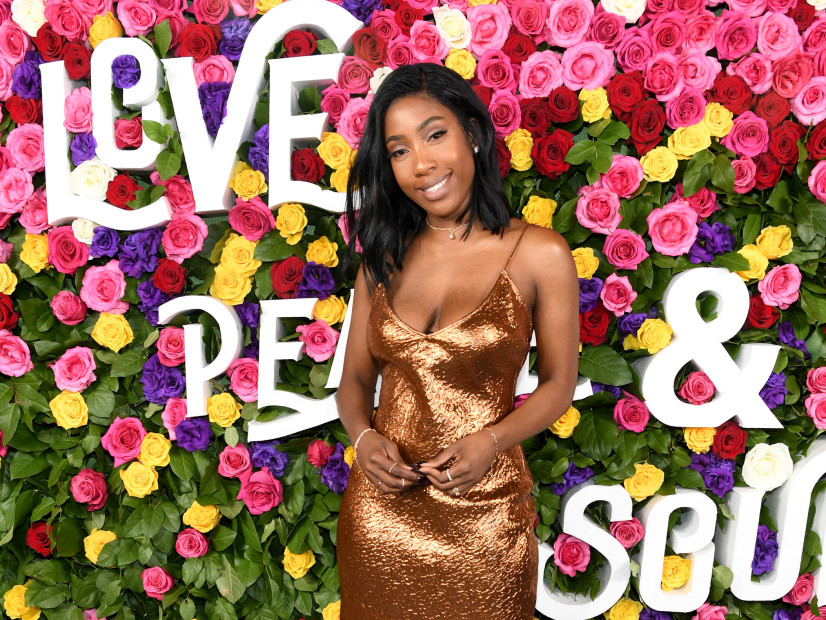 Los Angeles, CA – Last night in downtown Los Angeles, singer Sevyn Streeter hosted an exclusive HBO’s Insecure watch party with a group of her closest friends, at the PrettyLittleThing showroom in Los Angeles. Sevyn, who is a self-proclaimed fan of Insecure gathered around to catch Episode 6 “Ready-Like,” where her upcoming single, “Yernin,” made its world premiere on the celebrated show.

While watching the never-ending roller-coaster that is Issa Rae’s life, Sevyn commentated and laughed along with friends. She took to Instagram live to gauge fans’ opinions where she also conducted a convo with HipHopDX.

“I said he was being nice because he wants some pussy,” Sevyn said of Nathan, Issa’s current interest played by Kendrick Sampson.

Directly following the watch party, Sevyn took to the center of the room for an impromptu performance.

After warming up with “Before I Do” off her latest album, Girl Disrupted which dropped in July 2017, the highlight of the night came courtesy of the live rendition of “Yernin”, produced by KP. This upbeat banger could be just what Sevyn needs to switch things up, seeing that it did land a placement on one of television’s hottest shows, after all. She then brought things back to the beginning of her career and sang her 2013 hit song, “It Won’t Stop.”

Before ending her performance she expressed how passionate she is about her music saying, “I love being a singer, I love being a songwriter. I know that my fans have been extremely patient because you know, I’m just like, people who work with me, y’all know how I am. I’m like a perfectionist and if shit isn’t right, I’m not going to release it. So I like to take my time.”

Sevyn Streeter was a sought-after songwriter prior to releasing her first album. Her catalog includes credits on Adriana Grande’s “The Way,” Tamar Braxton’s “All The Way Home” and numerous songs with fellow singer Chris Brown.

She gained widespread attention when she released the remix to “It Won’t Stop” along Brown which went certified Gold. Sevyn continued to release several charting singles which ultimately lunged her into the spotlight.

#STREETTEAM yall been “Yernin” 4 new muzic so here we go??? MAKE SURE U WATCH 1 of my FAV showz @insecurehbo TOMORROW 2 catch it! Then hit my LIVE tomorrow 4 my watch party w/ @prettylittlething …..I’ll be performing ?? “Yernin” Produced by @kpgogetter Vid by: @thisreo Image by: @bonnienichoalds Song available 4 purchase on all digital platforms Friday?

“Yernin” drops this Friday, September 21 on all digital platforms.