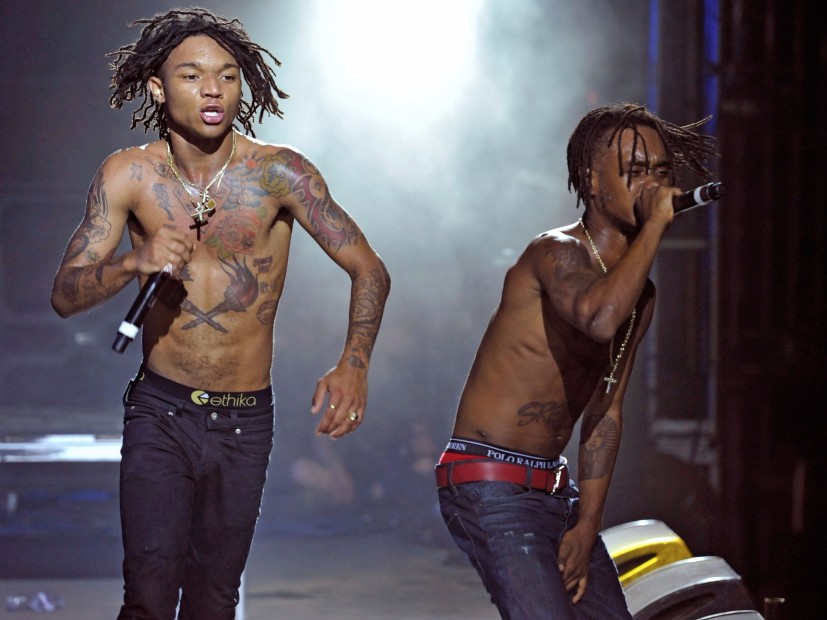 Swae Lee has decided not to sue the fan who threw a cell phone at him. The Rae Sremmurd member revealed his change of heart via Twitter on Monday (August 27).

“And I won’t be suing the fan , imma charge it to the game just be more careful,” he wrote. “I’m here to perform not dodgeball.”

And I won’t be suing the fan , imma charge it to the game just be more careful ❤️I’m here to perform not dodgeball

The crowd got a little too hype during a stop on Wiz Khalifa and Rae Sremmurd’s Dazed & Blazed Tour.

While performing on Sunday (August 26) at the Starplex Pavilion in Dallas, Texas, Swae Lee was struck in his face by a cell phone thrown from the crowd as the duo performed “Powerglide.”

After the cell phone struck him, Swae immediately halted the show to scold the fan responsible for his bloody mouth. He discovered the culprit was a female fan after finding her personal ID stuffed inside the cell phone’s case.

He vowed to sue the fan for his busted lip and lost tooth.

Swae then asks the venue’s cameramen to zoom in on his face so the crowd could see the severity of his injury.

Swae addressed the incident on Twitter later that night.

“My lip is fucked up this dumb ass girl through her phone onstage like a baseball,” he wrote. ‘Y’all gotta have more common sense than that my shit is fucked might miss a few days of tour.”

Despite his bloody mess, Swae ultimately decided the show must go on.

-Pt. 2-
S/O Swae Lee for continuing the show and finishing off strong!???? pic.twitter.com/Aly7s9D8Yb

Afterward, Swae showed off the gash on his lip in an Instagram video. He again promised to file a lawsuit and revealed he’d received stitches in his lip and has one less tooth now.

“I’m heated bro,” the text across the video reads. “fan just through a phone on stage like a baseball. I’m suing on my life.”

Crazy night man I lost my tooth and my virginity

Swae has dealt with multiple run-ins with fans this year.

Earlier this month, Swae called a female fan “ugly and misshapen” after she tweeted some unfavorable comments about his dressing room and personal looks. Plus, a male fan sued Rae Sremmurd last year after getting hit in the face with a bottle during one of their concerts in October 2016. [apple_news_ad type=”any”]