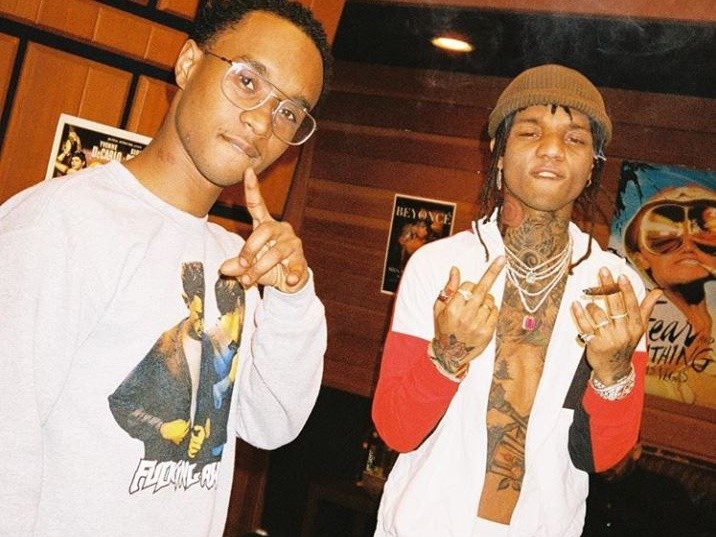 Rae Sremmurd has carved out a spot in Hip Hop history by releasing a triple LP. The duo has delivered SR3MM, a 27-track project comprised of three albums.

The first nine tracks of SR3MM serve as the third album in the duo’s SremmLife series. The rest of the release is made up of two solo LPs: Swae Lee’s SwaeCation and Slim Jxmmi’s Jxmtro.

Check out the SR3MM stream, cover art and tracklist below.

(The previous version of this article was published on May 2, 2018 and can be found below.)

Rae Sremmurd has shared the tracklist for their upcoming triple album SR3MM, which is scheduled to drop on Friday (May 4). The third entry in the SremmLife series is composed of three nine-track LPs, including Swae Lee’s SwaeCation and Slim Jxmmi’s Jxmtro.

Check out the tracklist for Rae Sremmurd’s triple album below.

(The previous version of this article was published on April 30, 2018 and can be found below.)

Rae Sremmurd have unveiled the album covers for their upcoming SR3MM project. The triple LP is comprised of the third entry in the duo’s SremmLife series and two solo albums: Swae Lee’s SwaeCation and Slim Jxmmi’s Jmxtro.

The pair’s highly anticipated album is scheduled to drop on Friday (May 4). No tracklist has been revealed at this time, but the release will include the popular single “Powerglide” featuring Juicy J.

Check out the SR3MM covers below.

(The original version of this article was published on April 27, 2018 and can be found below.)

Fans of rap duo Rae Sremmurd won’t have to wait too much longer for the release of their next studio album, SR3MM.

Rae Sremmurd’s Swae Lee hit Twitter early on Friday (April 27) to reveal that SR3MM will be released on May 4.

Our album SR3MM officially drops on 5/4

Announced at the top of this year, SR3MM will serve as a triple album. In addition to a joint album as Rae Sremmurd, the brothers will each have their own solo album.

Over the past few months, the pair has offered a taste of what can be expected with the release of a handful of singles including “Guatemala,” “Powerglide,” “T’d Up,” and “Chanel.”

Swae recently broke down how all the songs will be organized across the three projects.

Hey Guys I made a Diagram of the album to help some of the fans who couldn’t understand or were confused about the “ Rae Sremmurd ft Swae Lee Ft Slim Jimmy “ concept so hopefully this will help clarify ?