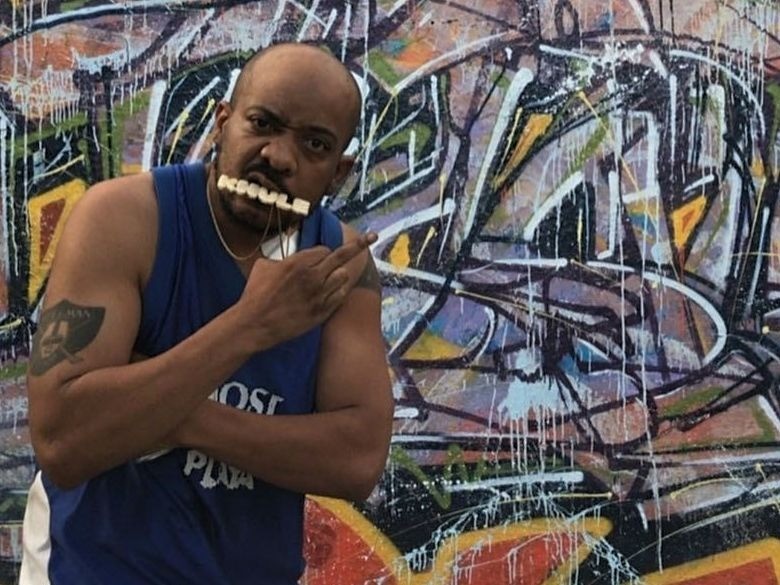 Los Angeles, CA – It was only a month ago that Ellay “Rifleman” Khule was shot in the neck and rushed to a Los Angeles hospital. After a seven-hour surgery and several days in a hospital bed, the L.A. underground Hip Hop staple survived but he still has a long road to recovery.

On Thursday night (August 23), many of his Project Blowed peers were on deck during a benefit show for Ellay at the LA Commons art gallery, including Aceyalone, 2Mex, Myka 9, Abstract Rude, Self Jupiter, Busdriver, Nocando and Medusa.

The event was basically a full-on Project Blowed reunion and gave those in attendance just a glimpse of what the ’90s underground Hip Hop scene was like on in Los Angeles.

“I had a great time seeing all the people come out to support me and the tragedy that was bestowed upon me,” Ellay tells HipHopDX. “I felt the love of the underground big time last night.

“All the greats came out and performed. And the fans came out and donated. The graffiti guys donated murals. It was really one of the dopest things I’ve ever been a part of.”

The bullet that hit Ellay severed a nerve in his neck, which surgeons were able to repair, but it left him with 85 percent paralysis on the left side of his face. Doctors are hopeful he will see more movement on that side in the next six to 12 months. He also lost 80 percent of his hearing in his left ear, which is likely temporary.

Despite everything he’s been through, Ellay walked away and learned a valuable lesson.

“We should start more celebrating life events instead of waiting on tragedy,” he says. “Let folks know that you love them while the are still here.”

Check out more photos and videos of the event below.