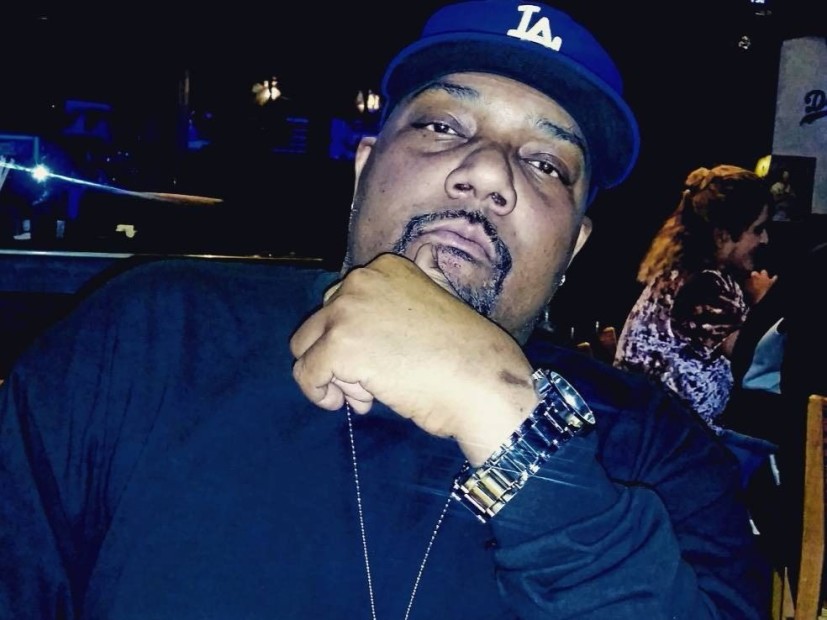 “Damn! Just got news that one of my brother’s Keshaun McClendon (Ganjah K) Passed away friday,” he wrote on Facebook. “I literally just talked to him Wednesday. Damn!! My condolences to Buford McClendon and the entire McClendon family.”

Project Blowed luminary Abstract Rude came up alongside Ganjah K during the Good Life Cafe days. The L.A. eatery was a breeding ground for underground Hip Hop thanks to its weekly open mic night. Hip Hop legends like Ice Cube, Snoop Dogg and The Pharcyde all rolled through its doors. Freestyle Fellowship — Self Jupiter, Aceyalone, Myka 9 and P.E.A.C.E. — were regulars, and are all part of Project Blowed.

“Ganjah K was probably as strong an early advocate for cannabis in Hip Hop as Bob Marley or any artist was in reggae,” Rude tells HipHopDX. “The bold pride he took in promoting its medicinal and economy changing properties through his music and overall life persona was pioneering, and undoubtedly an early key cog in high grade chronic’s pop appeal today.

“Beyond that, Keshaun was a loving father and dear to loved ones for those lucky enough to know him,” he continues. “He was a fun and comical friend to hang with. For all of his crew and fans of his music, he will forever be an O.G. Good Life and First Brigade/Freestyle Fellowship/Project Blowed Heavyweight, one of the illest to ever spit. Our Brother. An L.A. treasure. Ganjah K the Khronic MC.”

Myka 9 also told DX, “Ganjah K was a chopper and street rhymer with an underground MC drive and an independent Hip Hop approach. He was a battler also a baller. He could serve an MC then go in the studio and make a hit. He was a very good friend to me on many different levels. He originated the ‘chronic’ popularized by Dr. Dre. He always had the top shelf marijuana and his music itself would literally make you high. He was an avid pool player and family man. His daughter and my daughter are born on the same day and year with similar names — Aja and Aasha — and we’re both Capricorns. We always got along and always shared mutual respect on a qualified level. He also knew it’s all love.”

Self Jupiter shared a similar sentiment. “Ganjah K for me represented the complete emcee like a utility knife,” he said to DX. “He was truly one of the best. He unlocked a lot of hidden gems within me early on that made me who I am as a rapper. Perhaps it was the high grade bud crazy rap sessions or him summoning the beast out of you. We as Fellowship members did that with each other but it didn’t happen until we aligned as a unit I think. Heavyweights!”

A GoFundMe account has been set up in his name to help his family with funeral costs and mounting medical bills.

Tributes started pouring in over the weekend from friends and loved ones, including Freestyle Fellowship, Lateef the Truthspeaker and Myka 9.

I can't believe this.
RIP Keshaun McClendon
Aka
Ganjah K.

Damn. We don’t see these things coming bro. We spoke this time last month. @selfjupiter re-plugged us for the Netflix doc. God bless you & yours homey. 1 of the greatest to put it down for the West. And a all-around Real One ☝️ #RIp @ganjah_k

This is crazy bro. Just talked to you. My day one from the sandbox. We started from Virginia Road Elementary. Then to Palms Jr. High School. We always been tight like glue. I remember after school, we would run across the street from school to your house and jump on your mini bike and roll out. And those days when we ditched and went to Venice and Santa Monica Beach with the crew. Still can't believe this. God bless you Keshaun McClendon aka @Ganjah_K. Gonna miss you bro. Rest In Paradise… #PeeWeeJams #GanjahK #FirstBrigade #GoodLifer #ProjectBlowed #FreestyleFellowship