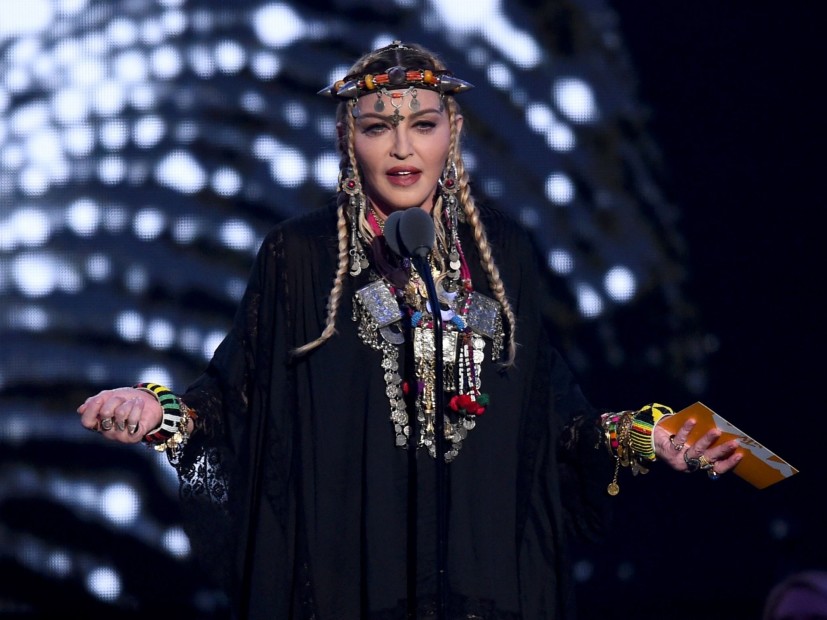 But, rather than talking about the late Queen of Soul’s storied history, Madge went on for roughly 10 minutes telling her own rags-to-riches story.

Dressed in Malawi garb and adorned with African jewelry, the pop superstar recalled her New York City origins when she living in a crackhouse and being mistaken for a prostitute.

Of course, Twitter erupted with seemingly endless posts about the “tribute,” calling out the Material Girl for what was perceived as D-I-S-R-E-S-P-E-C-T.

Check out the reactions from The Cool Kids’ Chuck Inglish, Thelonious Martin and more below.

Was this about Aretha or nah ?

You do not disrespect an ICON like that. This is a jovial kiki about Madonna’s broken ass journey. You honor a legend by telling their story or SHUT UP. The AUDACITY.

What the fuck Madonna gotta do with Aretha?

Madonna talking about guitar lessons, Paris baguettes and her ass hanging out while she looked for a stiletto with the image of Aretha Franklin behind her is everything I expected from the #VMAs

Madonna ruined the Prince Tribute on the Billboard Awards in 2016.

Madonna ruined the Aretha Tribute on the #VMAs in 2018.

I really never want to see her again. Ever. pic.twitter.com/rp6QCql3aR

Whoever at the #VMAs let Madonna get on stage and give a tribute to @ArethaFranklin or whatever that was really should be out of a job right about…now.

Madonna:
Aretha’s music inspired me to sing my way out of a crackhouse where I got mistaken for a prostitution-whore
I know all you blacks can unders-#VMAs pic.twitter.com/0zoSBf85Uf

Camila Cabello got on her knees and praised Madonna and dedicated her undeserved Video of the Year award to her……after Madonna just gave a self-indulgent "tribute" to Aretha Franklin.

And that describes how #VMAs treated Black artists the entire night…

MTV: We'd like you to give a tribute to Aretha Franklin

Madonna: Great, so this is how I got my career started…

MTV: No, no, a tribute to Aretha

MTV: This isn't about you madge

Sooo playing Aretha’s songs during the ending credits and having Madonna dressed as a witch doctor while talking about herself was the tribute ? #VMAs pic.twitter.com/kYtKOl52Y8

That was such an awkward tribute to Aretha Franklin. I was hoping Madonna would talk a liiiiiiiitle less about herself and more about Aretha but idk lol ?‍♀️?‍♀️

When Madonna is supposed to be honoring Aretha Franklin but goes on about her self for 10 mins straight #VMAs pic.twitter.com/Br6I8dknxb