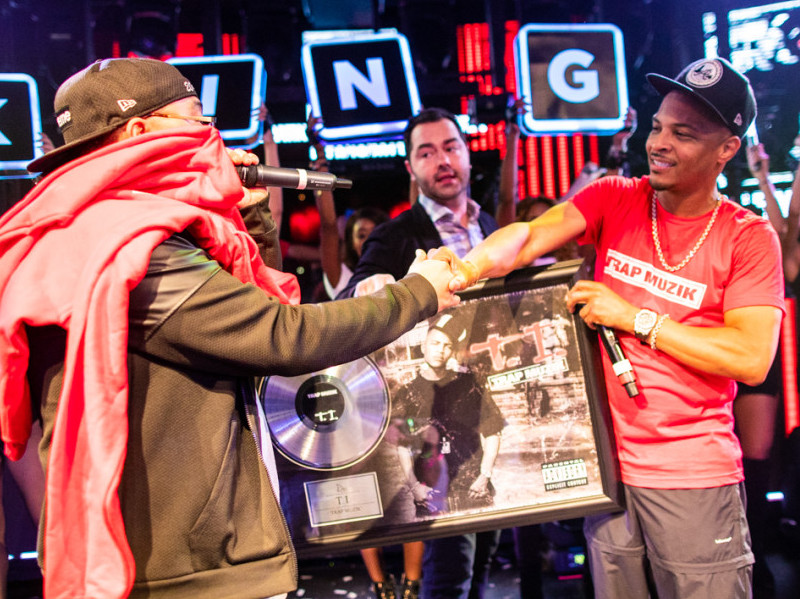 Las Vegas, Nevada – The always Grand Hustlin’ T.I. kicked off the 15th anniversary weekend of his classic sophomore LP Trap Muzik this past Friday (August 17) at Drai’s Nightclub, atop The Cromwell in Las Vegas. Following the performance, he was honored with a plaque in recognition of the significant milestone.

No better way to bring in 15 years of #TrapMuzik!!! Thanks @draislv for having me. Trap Muzik Anniversary merch available now!!! Link in Bio

“No better way to bring in 15 years of Trap Muzik,” the self-proclaimed “Kang of the South” wrote via Instagram, also noting that exclusive anniversary merch is available for purchase via his website — including shirts, hooded sweaters, and camper hats.

The album, which spawned hits like “24’s,” “Be Easy,” and the David Banner-produced “Rubber Band Man,” was the first major label release for the Grand Hustle imprint after inking a new deal with Atlantic Records.

The platinum-selling album also served also served as “exhibit A” in T.I.’s ongoing argument that he originated the Trap genre — a point he recently clarified during an installment of Soulful Sundays with HipHopDX Editor-In-Chief, Trent Clark.

“Of course there were people talking about dope,” he says. “The first time I ever heard the word trap was probably Khujo [of Goodie Mob]. But as far as putting the words trap and music together to describe a sound, that’s what I’m talking about.”