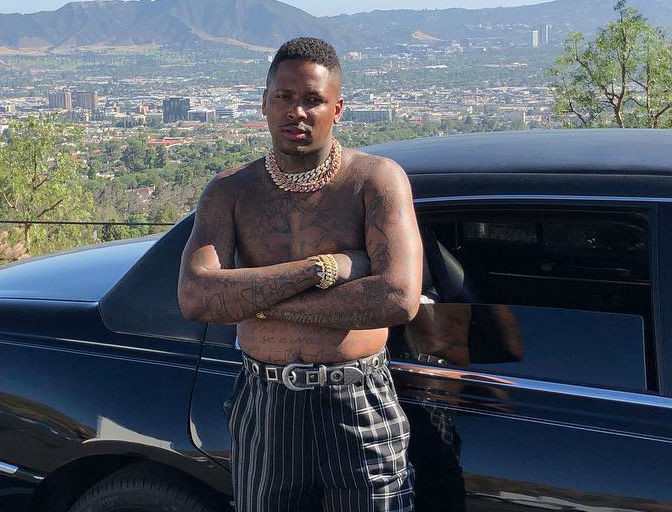 The online beef between YG and Tekashi 6ix9ine has turned into a game of ping pong. In the latest round, the STAY DANGEROUS rapper has responded to the insults 6ix9ine hurled at him via Instagram earlier this week.

CANT WAIT TILL WE MEET @6ix9ine

The animosity between the two rappers has been mounting for months. YG proclaimed “Fuck 6ix9ine” in March and most recently, he insinuated the rainbow-haired rhymer was afraid of any real life confrontations during an interview with The Breakfast Club this week.

“Man why y’all wanna talk about the 6ix9ine nigga?” YG said. “The lil nigga was playing with too much of the real shit. He somewhere hiding though. He don’t like all that shit.”

Now the ball is in 6ix9ine’s court.

[This article has been updated. The original version was published on August 8, 2018 and can be found below.]

It appears Tekashi 6ix9ine’s alleged kidnapping and robbery hasn’t stopped him from talking smack on the ‘Gram. After YG made some dismissive comments about 6ix9ine during an interview with The Breakfast Club, the outspoken Brooklyn rapper sent a expletive-laced message to the STAY DANGEROUS rapper.

“Yo, I don’t know how much more disrespectful I can get,” he says in the video. “YG, suck my fucking dick stupid. Your last single before your last album came out had four major artists on it. You had 2 Chainz, you had Big Sean and you had Nicki Minaj. Yo bro, you supposed to blow me out of the water. How my record doing better than your shit?”

He also claimed his own mixtape is doing better than YG’s album.

“You a whole bum out here,” he says. “Stop going on radio stations trying to promote your album, mentioning my name. That shit is fuckin’ dumb. You a dummy. A big ass dummy. Like yo bro, I see you right through you my nigga.”

In the caption, he wrote in all caps, “YA ALBUM BOUT TO DO LESS THAN MY MIXTAPE,” which was followed by a series of laughing emojis.

YA ALBUM BOUT TO DO LESS THEN MY MIXTAPE ???

While on The Breakfast Club, YG asked Charlamagne Tha God, “Man why y’all wanna talk about the 6ix9ine nigga? The lil nigga was playing with too much of the real shit. He somewhere hiding though. He don’t like all that shit.”

In March, YG fired off some colorful comments aimed at 6ix9ine, saying, “Fuck 6ix9ine, nigga. On Blood. What’s happening, Blood?” Those feelings seem to be lingering.

Controversy aside, 6ix9ine’s career is chugging along. Last month, he released the Nicki Minaj-assisted “FEFE.” The track was certified gold by the RIAA earlier this week — something the controversial artist celebrated on social media.