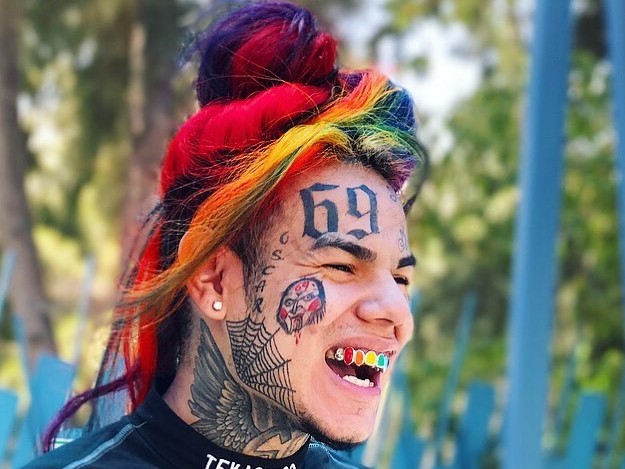 Tekashi 6ix9ine Brags About His $750K My Little Pony Chain

Los Angeles, CA – Tekashi 6ix9ine evidently loves the My Little Pony brand so much, he spent $750,000 on a chain in the shape of a pony’s head.

On Wednesday (July 18), the rainbow-loving rapper posted an Instagram video bragging about his latest indulgence, which he copped from GLD jewelers.

“So I haven’t done this in awhile,” he says. “It’s been a long tour. I’m back in America. Despite all the jail stuff going on, I lost 30 pounds, I feel good. I just got my hair done. I’m still the fastest kid in the world. I got a new piece. Never been done before. My Little Pony with actual fuckin’ hair. Human hair. We fuckin’ did it again.

“Never been done before. Hottest jewelry in the fuckin’ game, man.”

#tekashi69 just copped another piece after dropping a light $150K for bail recently. He’s now rocking a million on his neck. Does he have one of the best jewelry collection in the game or na?

6ix9ine was arrested at John F. Kennedy International Airport on an alleged assault charge upon his return from Europe last week. After posting $150,000 bail, he was released from Rikers Island.

The controversial Brooklyn-bred artist was then required to fly back to Houston — where the alleged crime occurred — and turn himself in to authorities on Monday (July 16). He posted another $5,000 bail and is currently a free man.