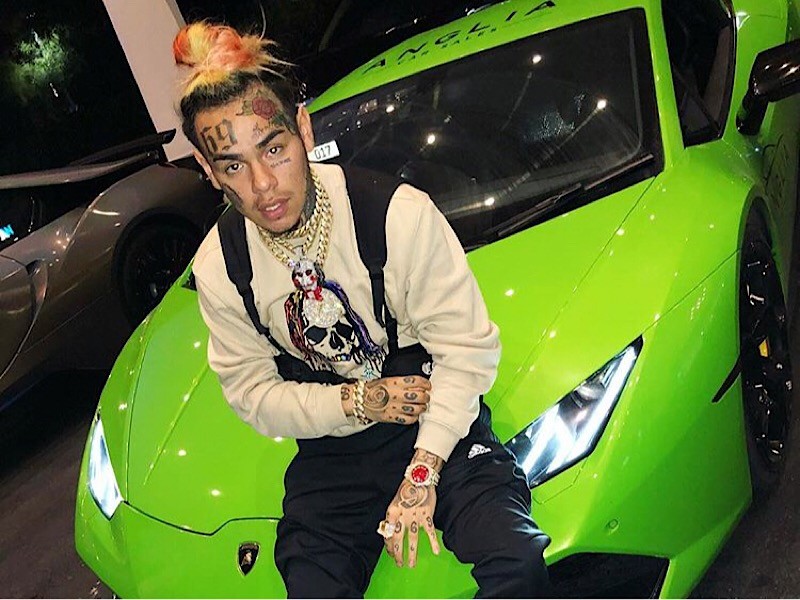 Days after it was reported that divisive rapper Tekashi 6ix9ine would be released from Rikers  Island after posting $150,000 in bail, the rapper surrendered to authorities in Texas and posted bail, allowing him to walk away a free man, at least for now.

According to TMZ, he arrived in Texas just after midnight on Monday (July 16), and after paying $5,000 in bail charges, was free to leave. His official arraignment was reportedly set for Friday.

Footage from outside the courtroom showed 6ix9ine wearing a white dress shirt and pink tie.

The case, which stems from an alleged January 6 choking incident at the Galleria Mall in Houston that involved a 16-year-old boy, could land 6ix9ine a year-long stay in jail in he’s found guilty.

Shortly after his release from Rikers, the rapper posted a video to his Instagram stating he had started a soccer league. Though there were no additional details to support that, the video did show him handing out and autographing $20 bills for children.