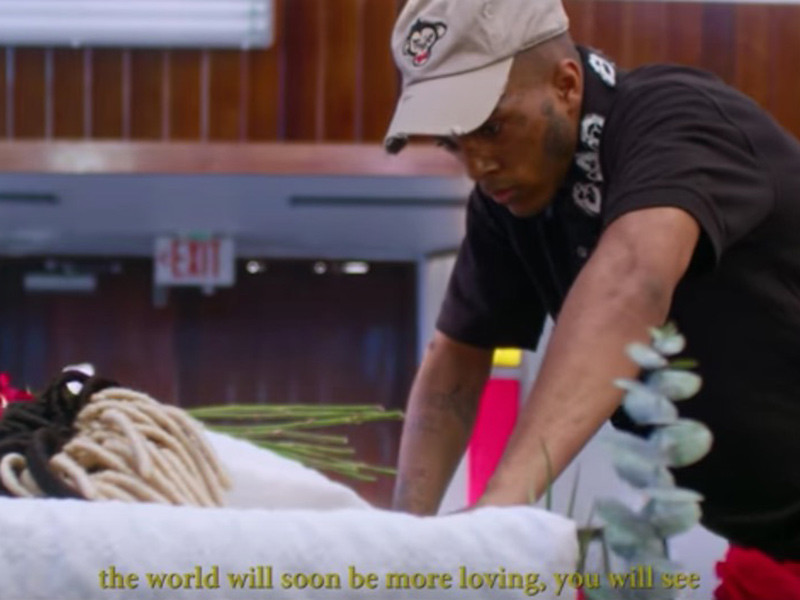 XXXTENTACION Battles Himself At His Own Funeral In "SAD!" Video

After XXXTENTACION’s death and multiple memorial services, fans have something new from the late artist to remember him by. His camp has released the video for “SAD!,” which was written and creative directed by X.

The six-minute video barely features the audio of the song and instead acts as a short film that shows X fighting an older version of himself at his own funeral. The video also features a conversation between X and a mysterious being named Gekyume — a word X made up earlier this year, defining it as a “‘different state’ or ‘next’ universe of thought.”

Gekyume talks to X about self-love, being misunderstood by the public, and ultimately tasks him to spread positivity. Gekyume also poses many rhetorical questions like “why do you love? and “Why do you hate?”.

Meanwhile, X approaches a casket of his former self in a church, which leads to them fighting during the funeral. The fight spills over into an alley, and X eventually wins.

Near the end, director JMP focuses in on some notes near the body of the older version of X that read, “Oh! And I want her love all to myself,” and “People change/ Things change/ And so did I/ As long as the outcome is good for myself and family I’m not complaining.”

Gekyume asks one final question: “Are you satisfied?” at which point X gets up to leave. The video ends with a title screen that reads, “LONG LIVE PRINCE X.”

“SAD!” was a hit before X’s death, but it has hit some major milestones in the last week, including getting the most streams on Spotify in a day and being the first posthumous, solo single since Biggie’s “Mo Money Mo Problems” to hit the #1 spot on Billboard’s Hot 100.