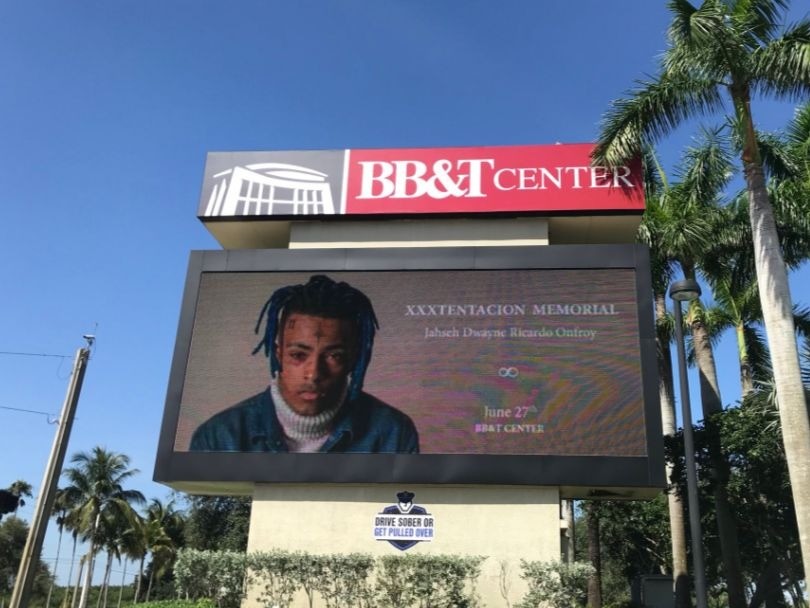 Sunrise, FL – Thousands of fans lined up outside of the BB&T Center in Sunrise, Florida to say their final goodbyes to XXXTENTACION. The Broward County, Florida rapper was shot and killed on Monday (June 18) outside of RIVA Motorsports in Deerfield Beach.

A reporter for the TC Palm, a part of the USA Today network, tweeted that a security guard was anticipating roughly 19,000 people to attend the open-casket memorial.

A security guard said about 1,000 people are at XXXTentacion’s viewing now. They expect about 19,000 people to come total throughout the day.

People started lining up at 7 a.m. local time. The services began at noon Eastern and wrapped up at 6 p.m.

A moving tribute video created by Justin Staple, Quinton Dominguez, and Tyler Benz played for the capacity crowd during the proceedings as X’s music played inside and out of the stadium. Lil Yachty, Ugly God, Denzel Curry, Skai Jackson and Lil Uzi Vert were among those in attendance.

Check out more footage from the scene below.

Water was just dispersed to XXXTentacion fans. Some have been in line since 7 a.m. pic.twitter.com/ZeW2JnMYjy

The first group of XXXTentacion fans have just been let in. pic.twitter.com/2MxC2nppjT

Just filmed this time lapse of the line outside XXXTentacion’s funeral. This is only about half of the line. pic.twitter.com/bL3Xzo1L62