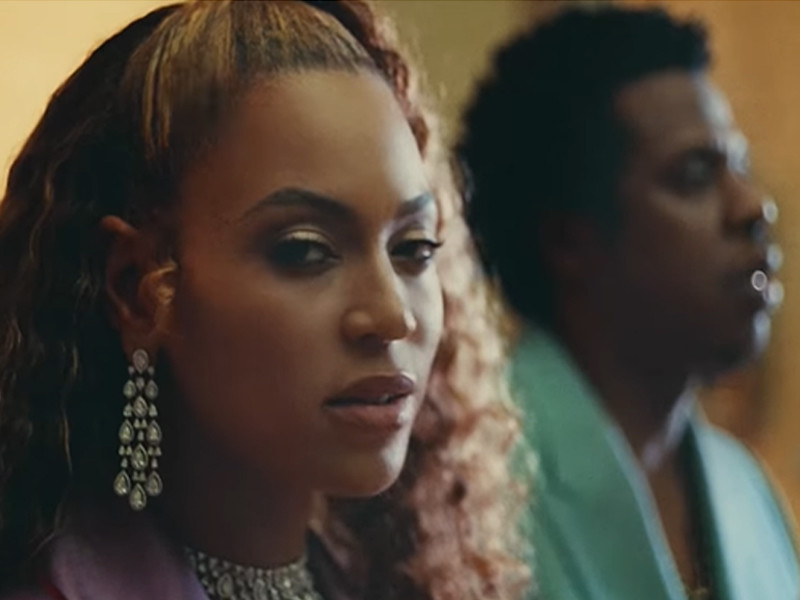 Once JAY-Z and Beyoncé dropped their surprise album EVERYTHING IS LOVE project on TIDAL, many fans deduced that Migos were behind the adlibs on “APESHIT.” The full album credits proved this to be correct, revealing both Quavo and Offset were actually credited as writers.

However, it appears the Migos members were behind more than just random adlibs.

Memes pointing out that Queen Bey sounded like a fourth Migos member appear to have more validity than expected. A reference track that surfaced on Monday (June 18) reveals Quavo and Offset wrote her verses too.

I *knew* the second I heard Beyonce rap "she a thot that you claim" that there was a Migos ref track somewhere out here.

Why is Beyoncé rapping like she’s the 4th Migos pic.twitter.com/g3Xqg7X9Fr

That was too obvious Migos wrote Beyoncé’s verses on that song pic.twitter.com/IFmKS03NBs

Migos solidified their presence by writing for Beyonce.

somebody leaked the reference version of "apeshit" with just migos and offset is rapping beyonce's entire verse and it's better than bey and hov's version….

While there were some slight alterations, it’s clear Bey didn’t stray too far from the original vision.

For example, the first from Quavo on the demo goes:

Although Beyoncé got an obvious assist from Migos, JAY’s verse seems to be an original.

Listen to the final product below.