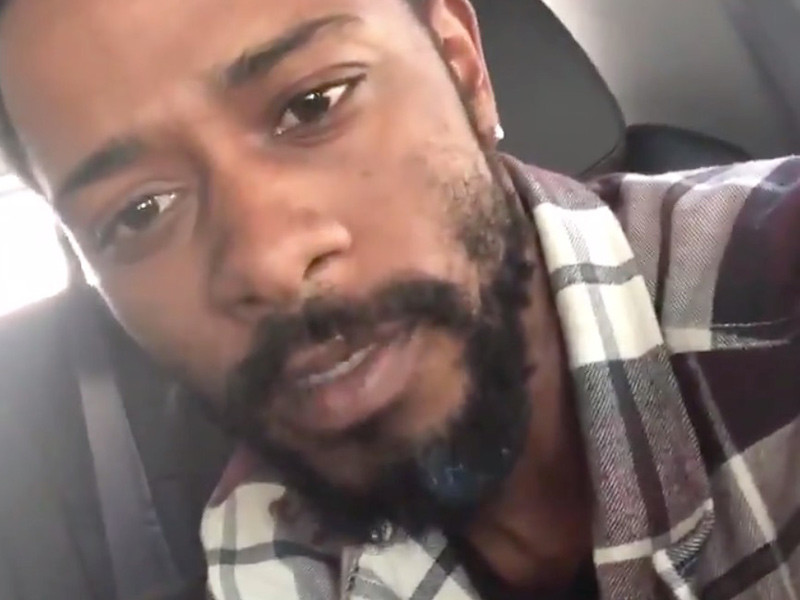 Over the BET Awards weekend, Lakeith Stanfield was catching a lot of flak for an Instagram video of himself rapping lines like, “Take that choke chain back/ That’s some gay shit,” and “Fag, I don’t really like to brag/ But I’m straight rich,” into his phone.

So @lakeithlakeith from @AtlantaFX && @Sorry2BotherYou Though this “freestyle” (that you can clearly see him looking down & reading) was appropriate?! Lol ppl are truly Homophobic weirdos Lakeith Stanfield sis you played yourself pic.twitter.com/5N5F7Nexs2

After a few days of being dragged online, he posted another video to apologize on Tuesday afternoon (June 26).

“I apologize if it hurt anybody, sincerely,” he said. “That wasn’t my intention to just be somebody that was out here just slinging arrows and hurting people, so I want them to know that I apologize that they had to feel sadness from that. So my sincerest apologies.”

Stanfield says he often posts videos of himself freestyling to his social media, which he later deletes, but the character he adopted for the one over the weekend did not sit well with many viewers. In his apology, he explains why he used those lines: “I assume characters that have different viewpoints and different views on life and just different perspectives.”

Stanfield starred in Atlanta, Get Out, and the upcoming film Sorry To Bother You.