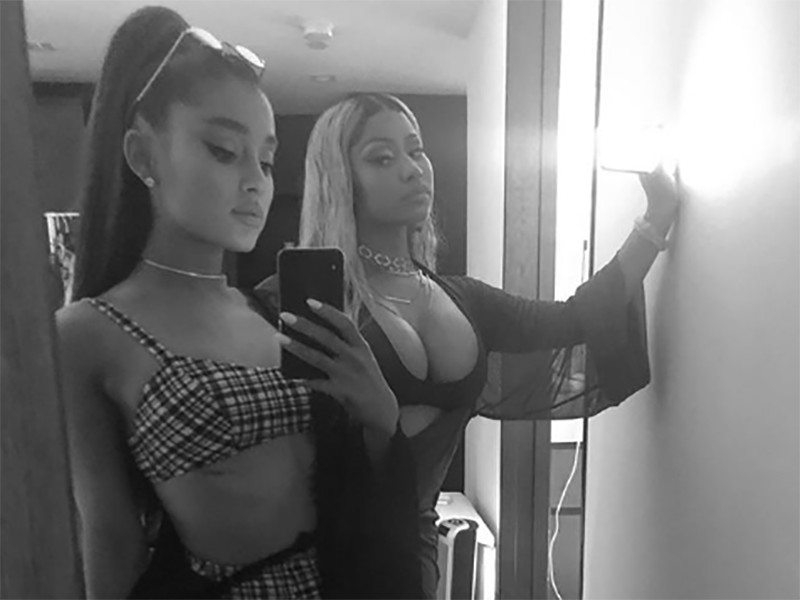 Ariana Grande and Nicki Minaj have teamed up again, this time for “The Light Is Coming,” a song which will be featured on Grande’s forthcoming album Sweetener, set to hit the streets on August 17.

“The Light is Coming” marks the fifth collaboration between the two pop powerhouses, following hot on the heels of “Bed,” which will be featured on Minaj’s forthcoming album, Queen. Other collaborations between the duo include the 2014 Jessie J single, “Bang Bang,” Minaj’s “Get On Your Knees,” and Grande’s “Side to Side.”

The release of “The Light Is Coming” comes right after Grande and Minaj dropped a one-minute teaser video for their song, “Bed.”

As of press time, “Bed” currently sits at #7 on Spotify’s Viral Chart.

Take a listen to “The Light Is Coming” below.