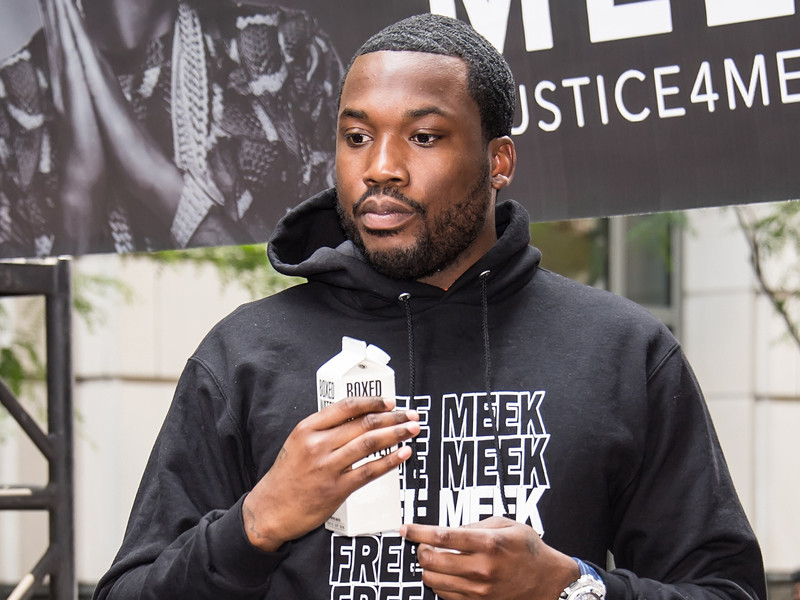 Meek Mill was back in court on Monday (June 18) for the latest hearing in his efforts to get a new trial.

Reports have described the hearing as being “contentious” with Common Pleas Court Judge Genece Brinkley clashing with Meek’s attorneys.

“We already know this is going to another court,” Brinkley said at one point, according to NBC 10 in Philadelphia.

“Does that mean you already made a decision?” Brian McMonagle, one of Meek’s attorneys, responded.

Brinkley ruled she needed more time to review information about an allegedly corrupt police officer who arrested Meek in 2007. His case will remain in limbo until Brinkley makes her ruling.

The testimony of Reginald Graham, the cop in question, played a pivotal role in Meek’s 2008 conviction on gun and drug charges. An internal affairs review has since found Graham guilty of lying under oath and stealing money.

BREAKING: Contentious hearing just ended between lawyers for Meek Mill and Judge Genece Brinkley — no decision made on their push for a new trial. This story is developing. @CBSPhilly pic.twitter.com/DyKlnyz3gF

Hearing for @meekmill has finished. No decision. Brinkley will write up decision. Contentious is a mild word for what I just saw. Stay tuned for details on @KYWNewsradio

After the hearing, Meek and his legal team held a press conference. He expressed his disappointment with how things turned out, though he wasn’t surprised by it.

“I came into this situation today not really knowing— thinking anything good was gonna happen in that courtroom,” Meek said. “It was what I thought it was.”

Joe Tacopina, another member of Meek’s legal team, described the courtroom scene as an “asylum.”

“We just left an asylum,” he said. “It was supposed to be a courthouse, but justice wasn’t done there today. Because you had a judge that spent the entire two hours defending one of the most corrupt police officers in Philadelphia history, trying to rebuild his credibility.”

Although the proceedings didn’t bring any relief to Meek, Tacopina believes it will ultimately help their case.

“We didn’t expect anything from Judge Brinkley, but we made our record,” he noted. “There’s an appellate division with very smart people up there who are gonna read this record and be as offended as everyone was today.”

Before Monday’s hearing, supporters showed up to Philadelphia’s Criminal Justice Center for a “Stand With Meek Mill” rally. Meek spoke to the attendees, many of which stayed around for his post-hearing press conference.