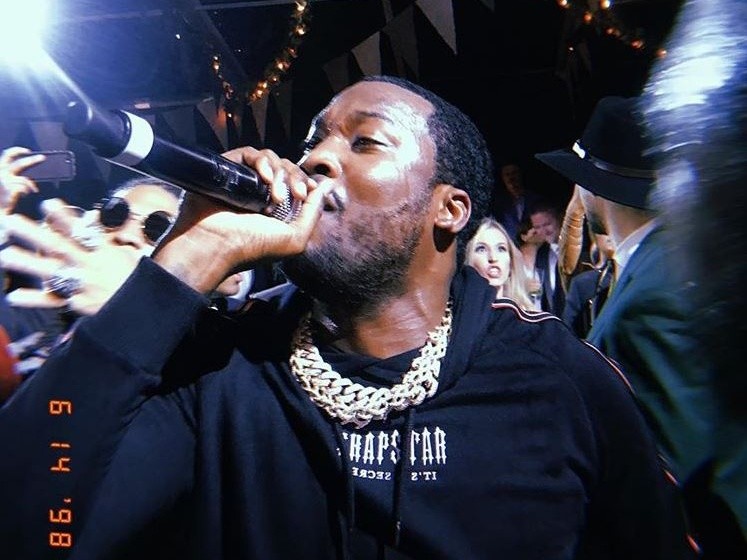 The Philadelphia Eagles are still celebrating months after their Super Bowl victory.

And helping the Eagles celebrate getting their Super Bowl rings was the city’s own Meek Mill. Along with Maybach Music Group helmsman Rick Ross, Meek performed at the lively party, which was held on Thursday (June 14).

Among the songs Meek rocked out to was “Dreams and Nightmares,” a record that became the anthem for the Eagles during their run. While on stage, the once-incarcerated musician recalled just how important the team winning was.

“If I ever had to say I had my best night in prison it was the day the Eagles won the fucking Super Bowl,” Meek said in footage shared by TMZ.